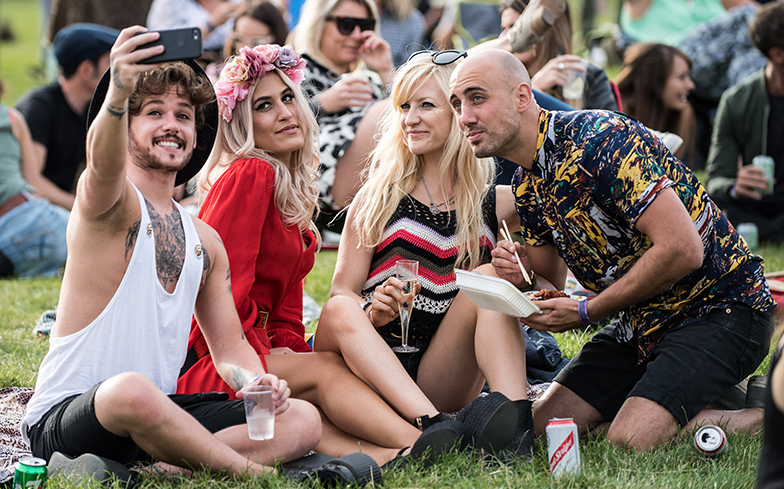 The beautiful site of Kenwood House on Hampstead Heath will form the backdrop to a brand new one-off pop-tastic celebration in association with Pride London, as part of the Heritage Live Concert Series, with donations from the event being made to the LGBT Foundation and MindOut.

Party on the Heath with Pride in London will take place on Thursday 18 June, and will be a spectacular evening of inclusivity and diversity, and pop!

Simon Jones, Director of Events at Pride in London, said: “We at Pride in London are delighted to be partnering with Party on the Heath, particularly as the event will be making donations to Mind Out and LGBT Foundation. Featuring amazing performers, this event promises to be one of the best go-to events for the summer.”

The inaugural show will feature the Village People, who celebrate their 40th anniversary with their original lead singer Victor Willis, Sophie Ellis-Bextor who will perform a brand new show called ‘Press Play’ with Sink The Pink, as well as a DJ set by Jodie Harsh and performances by London Gay Men’s Chorus and the London Gay Big Band.

The Village People are the multi-platinum selling disco group who this year celebrate their 40th anniversary in 2020 with their lead singer Victor Willis. Best known for their hits Macho Man, Go West, In The Navy, and of course, Y.M.C.A, the group had unparalleled success in the 1970s, and will be bringing all the hits to the Party on the Heath.

Following the hugely successful collaboration with Melanie C in 2019, Sink The Pink are back to present Press Play on Hampstead Heath alongside pop legend Sophie Ellis-Bextor. Press Play will take you through all of Sophie’s back catalogue of hits while the videos are brought to life on stage alongside the fabulous Sink The Pink troop. Sophie has always been a huge supporter of the LGBTQ community and this performance will be a celebration of equality, love and pride – with a little camp thrown in for fun.

Over the past decade, Jodie Harsh has dominated dancefloors across the globe, confirming a worldwide reputation as a technically flawless DJ and underground legend. A London icon in hot-pink lipstick, Jodie Harsh is without a doubt one of the dance music world’s most striking figures. As a DJ, Harsh has spun records in all four corners of the globe, regularly touring clubs across Asia, Australia, North American and Europe.

Formed in 1991 by nine friends, the London Gay Men’s Chorus has grown to be the largest gay choir in Europe and regularly plays to sell-out crowds in London, the UK and beyond. Over the years, the Chorus has worked with a range of artists including Mark Ronson, Sir Elton John, Dolly Parton, Sandi Toksvig and Katherine Ryan, and appeared on Children in Need, Comic Relief and The Great British Bake Off. At Party on the Heath, the LGMC will be giving our audience a preview of some of the songs from their upcoming show, Proud at Union Chapel.

The London Gay Big Band, founded in the summer of 2011, is a sensational 20-piece jazz orchestra made up of predominantly – but not exclusively – LGBTQ musicians and vocalists, bringing a fresh and fabulous vibe to the London music scene.  Since its formation, the band has gone from strength to strength, performing at a number of high profile events and venues throughout London and internationally, including reaching the semi-finals of Britain’s Got Talent in 2014, and recently releasing their second album Freedom.

The Heritage Live Concert Series is now in its third year at the beautiful English Heritage site, Kenwood House, bringing the best in live music to the most beautiful of outdoor settings at one of the capital’s most significant historic properties. The series has previously hosted artists such as Kris Kristofferson, Madness, Hacienda Classical and more.

Tickets for the event are available from Ticketmaster with a pre-sale on Thursday 20 February, and general sale on Friday 21 February.