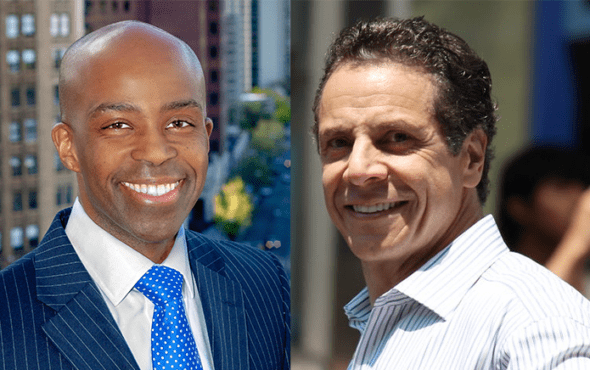 David – who is the president of the largest LGBTQ+ organisation in the US – has been subjected to mounting criticism following news of Cuomo’s scandal.

He is now the key focus on an internal HRC investigation, according to NBC News, and is an ex-adviser and legal counsel to Cuomo.

The American attorney and human rights activist is affiliated with the Human Rights Campaign, an organisation whose goal is to “ensure that all LGBTQ+ people, and particularly those of us who are trans, people of colour and HIV+, are treated as full and equal citizens within our movement, across our country and around the world.”

The New York Attorney General uncovered David was connected to multiple attempts by Cuomo and his advisers seeking to retaliate against women who accused Cuomo of sexual harassment.

The investigation revealed David has allegedly shared confidential records regarding an accuser of Cuomo’s with one of the New York Governor’s aides.

In December 2020, allegations towards Cuomo surfaced to which David was hired as part of the response initiative, a report issued by New York State Attorney office revealed.

Cuomo announced his resignation alongside the resignation of  Time’s Up leader Roberta Kaplan in the wake of the sexual harassment report.

“I therefore have reluctantly come to the conclusion that an active law practice is no longer compatible with serving on the Board at Time’s Up at this time and I hereby resign,” Kaplan wrote in her resignation letter, according to The New York Times.

The Human Rights Campaign have also issued a statement in light of recent events.

“We commend the courage of the many survivors of sexual assault and sexual harassment who have come forward, and give them our full support,” said a statement released Monday morning by Morgan Cox and Jodie Patterson, board chairs for HRC and the HRC Foundation, respectively.

“Human Rights Campaign and Human Rights Campaign Foundation President Alphonso David’s inclusion in the New York State Attorney General’s report on the investigation of Governor Andrew Cuomo is very concerning. Over the past several days, HRC’s employees, supporters, board members and partners have raised questions about the appropriateness of Alphonso David’s actions and whether they align with HRC’s decades’ long mission of fighting for equality and justice for all.

“The investigation will include consideration of whether Alphonso David’s actions aligned with HRC’s mission and values, as well as with professional and ethics standards. This board-led investigation, with which David is cooperating, will take no longer than 30 days, and will help shed light on the events that unfolded and guide the Boards on any necessary next steps.

“This investigation will in no way hinder the organizations’ continued pursuit of the critical work necessary to bring equity and liberation to the LGBTQ+ Community.”