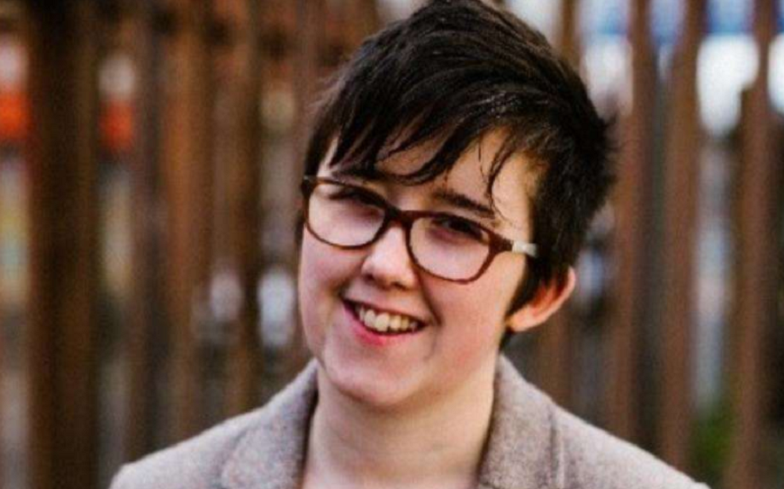 Her partner described her as a “tireless advocate and activist” in a vigil held for her.

LGBTQ journalist and activist Lyra McKee has been shot and killed while she was observing riots happening in Londonderry, Northern Ireland. McKee was in a crowd when she was hit by a stray bullet. She was rushed to hospital, where she was declared dead.

The police believe that a group known as the New IRA “are likely to be the ones behind this.” Two teenage men aged 18 and 19 have been arrested in connection with the shooting, and detained under the Terrorist Act.

At a vigil held for Lyra, her partner Sara Canning said: “Our hopes and dreams, her amazing potential was snuffed out by a single barbaric act.

“This cannot stand. Lyra’s death must not be in vain because her life was a shining light in everyone else’s life. Her legacy will live on in the light that she’s left behind.”

She added that Lyra was “a tireless advocate and activist” and that following her death she was “without the love of my life.”

In a tribute to Lyra, Politico journalist Naomi O’Leary noted how Lyra’s publishers, Faber & Faber had called her a “rising star of investigative journalism.” Lyra had signed a book deal with the publishers, with a book on the disappearance of children and young men during The Troubles due to be published next year.

Lyra’s death drew tributes from across the political spectrum. At the vigil, Sinn Féin’s leader Mary Lou McDonald, who spoke with a rainbow flag, said: “We stand here today to mark Lyra’s memory in the best way that we can, and that is to dedicate ourselves to peace.”

And DUP leader Arlene Foster said: “It doesn’t matter whether you’re a Catholic or a Protestant, or whether you identify as Irish or British, when people come out with guns to shoot people from their own community then we have to say enough is enough.”

My memories of Lyra will always be ones of love, profound joy, and mischievous curiosity. She had a love for the worst chicken wings she could find in Belfast, and she was in her prime, in love with her partner, her work, Derry and her life. What an immeasurable loss. #LyraMcKee pic.twitter.com/mgPo2u4HBS

Heartbroken by the murder of Lyra McKee and the violence in Derry. The challenges in NI today are real–but we cannot let go of the last 21 years of hard-won peace and progress. This tragedy is a reminder of how much everyone has to lose if we do.

At the end of the TedTalk on homosexuality and religion that murdered journalist Lyra McKee gives here, she says something extraordinary. What a woman. #LGBTQ https://t.co/SepXDmGtcu… pic.twitter.com/0s9aBeuRU7

We are heartbroken and appalled by the news of Lyra McKee's death in Derry last night. Lyra was a writer of exceptional gifts and compassion, an inspiring, determined seeker of truth, and the most beloved of human beings. We are honoured to be her publisher.

In a letter, published in 2014, Lyra wrote to her 14-year-old self explaining how even though times were rough then, things would change for the better. She wrote about her sexuality and future in journalism.

In part of the letter, she writes about coming out to her mother, saying: “You will crawl into her lap, sobbing, as she holds you and tells you that you are her little girl and how could you ever think that anything would make her love you any less?

“You will feel like a prisoner who has been given their freedom. You will remember all the times you pleaded with God to help you because you were so afraid, and you will feel so foolish because you had nothing to worry about.”

And nearing the end of the letter, she writes: “Life will not only get easier, it will get so much better.

“You will walk down the street without fear. Teenage boys you’ve never met will not throw things at you and shout names. Your friends will be the best anyone could ask for. You will be invited to parties. You will have a social life. You will be loved.

“People will use words like ‘awesome’ and ‘cool’ and ‘witty’ to describe you, and you’ll forget the times the other kids said you were ‘weird’ and ‘odd’ and a ‘lesbo’.”

The full letter can be read here.

A GoFundMe page has been set up to cover the costs of Lyra’s funeral and to decide on her legacy. At the time of writing, the page had almost reached its £50,000 goal in just one day.