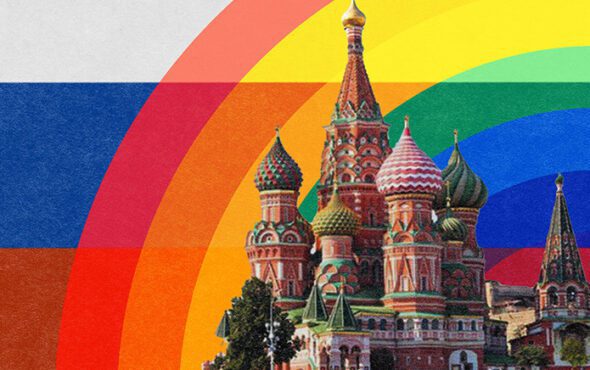 A family that fled Russia after receiving homophobic rape and death threats for appearing in a supermarket advert has said the experience was “like a nightmare” and demanded the right to a normal life.

Yuma Yuma, 49, left Moscow for Barcelona last week with her two adult daughters and her eight-year-old granddaughter after receiving online messages threatening to kill and rape the child.

Yuma and her daughter, Alina, both have female partners and the whole family campaigns for LGBTQ+ rights in Russia, which in 2013 banned the “promotion of non-traditional sexual relations to minors” – a move decried by Western countries as state-enforced bigotry.

The family came under attack after featuring in a promotional article on the website of upmarket food retailer Vkusvill in which they talked about how they liked shopping for fair trade goods and hummus.

The article did not reference their sexuality, but it sparked a huge backlash, with anti-LGBTQ+ groups calling for a criminal investigation and a boycott of Vkusvill, while the family were sent pictures of blood on social media.

“We would ask people to stop looking in our pants and who we’re having sex with and think about us as just a family who want to live peacefully,” said Mila, 23, in a video call from a hostel in a Barcelona with her sister and their mother, Yuma.

“The message is clear: we are a normal family,” added Mila, who lost her job as a manager for an online education company because the family left Russia. “We eat hummus together and vegan sour cream.”

Mila said they were finally pushed to leave Russia last week after their home address was published and they received threats on social media against Alina’s daughter.

Russia’s government did not immediately respond to a request for comment.

Many politicians from Russia’s ruling party are stridently anti-gay and last year the government defined marriage in the constitution as being solely between a man and a woman.

Mila, who spoke in English, occasionally breaking off to speak with her mother and sister in Russian, said the family was used to dealing with far-right extremists due to their LGBTQ+ activism.

She said they “knew about haters”, but had not expected the scale of the response to the promotional piece, which Vkusvill replaced with an apology after threats of a boycott.

“We don’t feel good. We are tired, emotionally exhausted. Just because the recent weeks were terrifying to be honest,” said Mila.

“It’s like a nightmare. We don’t have time to sleep.”

Yuma, a psychologist, and Alina, who helps children with autism learn how to talk, both said they wanted to marry their partners having left Russia.

Mila said her dream was to finish her undergraduate degree in psychology and then take a master’s degree in social studies to “learn how to make this world a better place” – prompting a hug from her mother.