LGBTQ communities are under attack across the globe, and they need our support 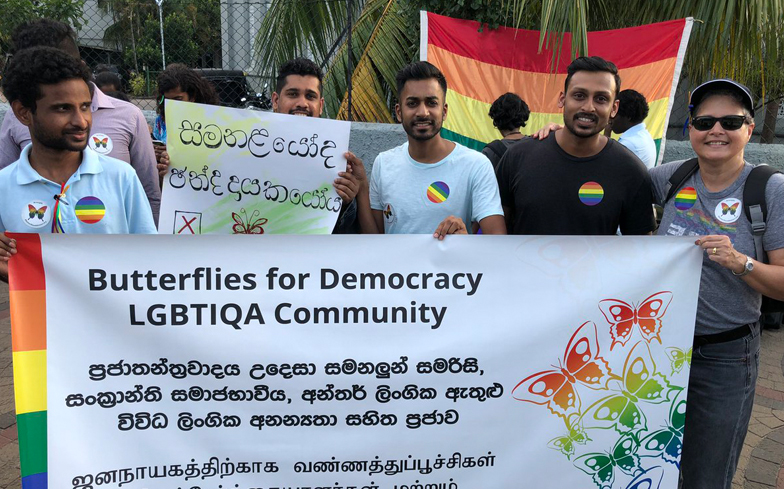 Around the world, LGBTQ people face appalling human rights abuses for being themselves. Activists are fighting back but require resources to do so.

With persecution in Indonesia, anti-gay ‘task forces’ in Tanzania, and a rising number of trans murders globally, 2018 has seen LGBTQ people under attack around the world.

As we end the year, authoritarian leaders continue to target our communities. The Trump administration is moving to define gender narrowly, rolling back protections for trans people. In Brazil, arch homophobe Bolsonaro has been elected to the presidency and hate crime rates are soaring.

But this year has also seen key victories for LGBTQ rights. Same-sex relations were decriminalised in Trinidad and Tobago and India, liberating millions of people.

At the centre of these struggles – the thread connecting these victories – is the courage of LGBTQ activists around the world, defending their communities and campaigning for equality.

TransWave and UCTRANS are raising the visibility of trans communities in the Caribbean. In Sri Lanka, EQUAL GROUND is campaigning for the country to follow India in decriminalising same sex relations.

LGBTQ activists are risking their livelihoods and lives to make the world safer and happier for their communities.

But the movement is woefully under-funded, particularly in the Global South. A secure place to work, a living wage and travel to where communities are most at risk cost money. LGBTQ groups receive a tiny fraction of international development aid – just four cents in every $100 awarded by governments and others. And with a resurgence of right-wing populism around the world, much of the funding they do receive is fragile.

At the same time, homophobes and hate groups are bankrolled by religious conservatives in the U.S. and elsewhere – a trend highlighted in a recent report by the Global Philanthropy Project.

So, what can we do as individuals?

We should call on our governments to provide more support, increasing the funding that goes to LGBTQ communities.

We can ask our employers – in particular, multinationals operating in the most hostile environments – to provide financial and in-kind support to LGBTQ communities. From ensuring a positive impact on society to employee engagement and reputational benefits, there are many reasons why businesses might do so.

In fact, hundreds of corporates have signed up to the UN Standards of Conduct for Business which provide guidance to companies on respecting LGBTQ rights.

For those of us who can afford to, we can help fund the global struggle for equality ourselves by digging deep and donating, providing activists with the resources they so desperately need.

There are some remarkable international organisations to support, including AllOut, the Human Dignity Trust, ILGA, the Kaleidoscope Trust, OutRight Action International and Stonewall.

And for those looking to support LGBTQ activists on the ground, GiveOut is a new charity that enables individuals to give in one place to support grassroots activism worldwide.

Now more than ever, LGBTQ activists need the support of their community and allies around the world. Take the time to consider what you can do.

Rosanna Flamer-Caldera is an international LGBTQI rights activist and the Executive Director of EQUAL GROUND (@_EqualGround_), Sri Lanka’s leading LGBTQI organisation. She is also the Chair of the Commonwealth Equality Network.