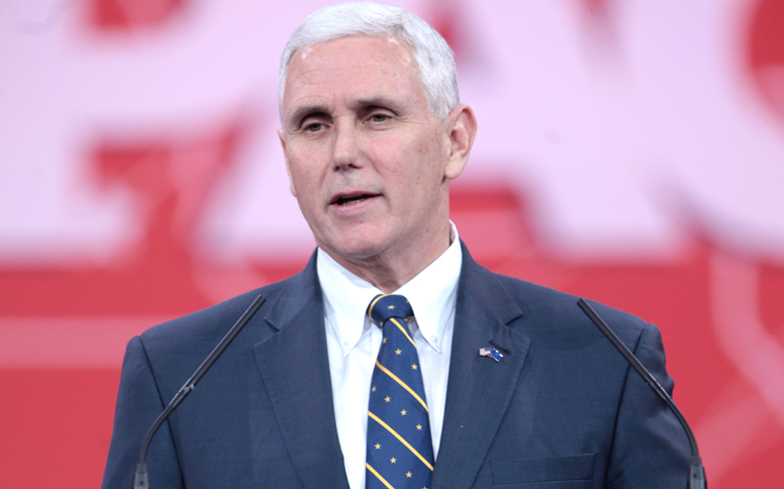 “Bring your friends and family, bring a sign, bring a flag!”

Vice President Mike Pence will be greeted with a “sausage fest” by LGBTQ activists today (11 July) as he speaks at an event in Kansas City.

Alternative rock station KRBZ announced the protest yesterday on Twitter, and said they’ll be holding it across the street from his speech, with free hot dogs for all attendees.

“Mike Pence is coming to Kansas City this Wednesday,” they tweeted. “Pence is no fan of the LGBTQ+ community, and we’re no fan of his. So we’re throwing The Mike Pence Sausage Fest across the street at Barney Allis Plaza starting at 11am.

“Stop by and get a free hot dog while we have them!”

They later tweeted: “Bring your friends and family, bring a sign, bring a flag! Parking will most likely be extremely difficult, so plan ahead! And don’t tell Mother.”

Excited to see everyone at the #PenceSausageFest tomorrow! Bring your friends and family, bring a sign, bring a flag! Parking will most likely be extremely difficult, so plan ahead! And don’t tell Mother 🤫 pic.twitter.com/8nPSsMQVyb

Pence’s speech will start at 12.30am at the Kansas City Marriott Downtown, to promote the Republican tax bill and raise money for US representative Kevin Yoder.

This will be the second time in two months that Pence has been ambushed by LGBTQ activists for his staunch, anti-gay views.

Last month, Pence was greeted by activists, drag queens and performers as he landed in Columbus, Ohio.

The ‘big gay dance party’ was hosted by Progress Ohio, and was held outside the Renaissance Hotel – where the Vice President made a speech about the Republican tax law.

The Vice President of the United States has repeatedly shown an anti-LGBT stance throughout his career, claiming that same-sex marriage would lead to “societal collapse”, and also voted against passing a non-discrimination act.