Lesbian couple beaten up after holding hands during Amsterdam Pride 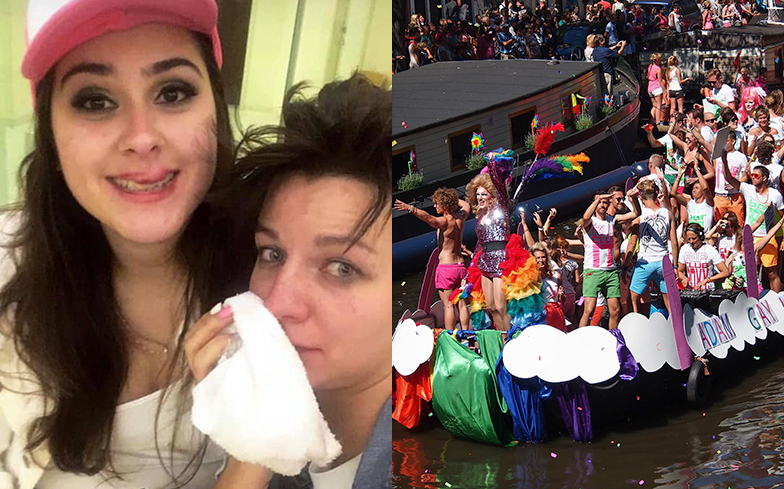 A lesbian couple were beaten up during Amsterdam Pride.

Katya Sazanova and her girlfriend Ana Camboim were walking hand-in-hand on Zandstraat, near the Zuiderkerk, at around 5am on Saturday (3 August) after a night out when they were attacked by two men on a scooter, according to Het Parool.

“You are so hot, can we join you?” one of the men reportedly asked. When the women denied their advances and told them to go away, they say the men jumped off the scooter and assaulted them.

Both women received punches to the face and were left with bruises, a busted lip and a swollen nose.

“It was so frightening,” said Sazanova, an ex-pat from Kazakhstan working in Amsterdam.

“At home we only cried. People sometimes look up when we hold hands, but people have never been physical.

“My girlfriend is from Brazil and I from Kazakhstan. We might expect something like this in our own countries, but not in Amsterdam. And then it also happened during Pride.”

Sazanova and Camboim reported the assault to the police, but they say they were told there is little chance of the attackers being caught as it was dark and they were unable to make a note of the scooter’s license plate details.

“People sometimes ask: Why do you celebrate Pride? Why is it necessary to talk about this? This is why,” continued Sazanova. “What happened to us can happen to any couple. It is still happening. Also in Amsterdam.”

An estimated 500,000 visitors from around the world attended Amsterdam Pride on Saturday 3 August to cheer on the 80 boats that travelled down the canals, all representing organisations and different parts of the LGBTQ community.

The theme this year was “Remember the past, create the future” – commemorating the 50th anniversary of the Stonewall Riots in New York City that kicked off the modern-day LGBTQ rights movement.