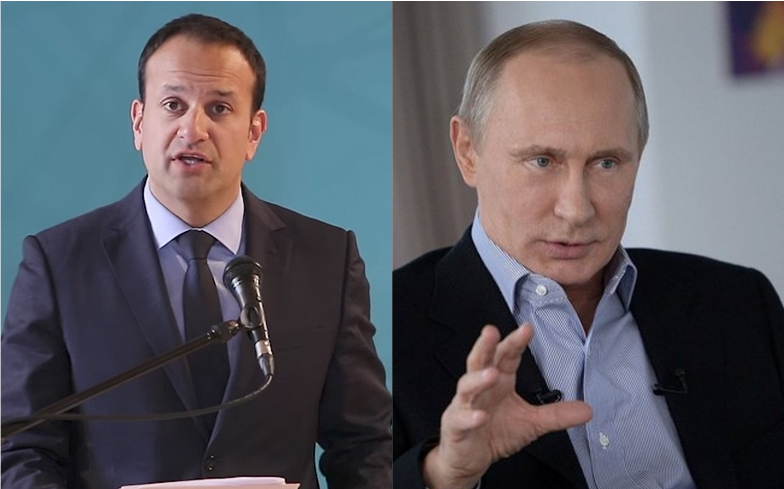 He’s raised gay rights with the notoriously anti-LGBTQ DUP, Mike Pence and the Pope, but Leo Varadkar is showing no signs of slowing down when it comes to confronting homophobes, as he now wants to raise LGBTQ rights with Vladimir Putin.

In 2013, Putin signed into effect a ‘gay propaganda’ rule, which banned the promotion of “non-traditional” sexual orientations to minors.

Speaking to the Irish Independent, Varadkar said that he had previously met Putin, but was unable to raise LGBTQ rights. “I have met him. I met him very briefly,” he said.

“I met him at the Armistice Day Events in Paris on November 11 but obviously he was speaking Russian and I was speaking English. So I didn’t get much of a chance to talk to him about [LGBTQ rights].

“I would like to talk to him about it.” He admitted that Russian officials take a different view from him. “I have spoken to the Russian Ambassador about it, who takes the view that what we are hearing in the West is exaggerated. I don’t believe that,” he said.

“So I would like to challenge [Putin] about it, and really ask him why he thinks these policies make Russia stronger, make Russia greater.

“He is clearly someone who is the strongman, who wants to make his country powerful in the world again. I obviously don’t agree with how he is going about that.

“But I would be curious to explore with him why he thinks that discrimination against gay people is the way to make Russia wealthier or more successful or more prestigious in the world because that is definitely his world.”

And despite the Trump administration’s anti-LGBTQ policies, like attempting to ban transgender people serving in the military, Varadkar gave some praise to the U.S. leader.

“He is definitely more personable than I thought. A very tall man, for a start, and very friendly, which I didn’t necessarily expect. But apart from that, he is the guy you see on TV,” he said.