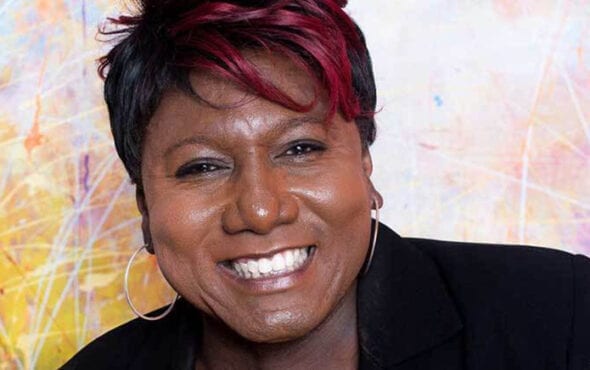 Monica Roberts, best known for the creation of the TransGriot blog, tragically passed away on 9 October.

The pioneering journalist and activist continuously pushed the boundaries of news and reporting on transgender issues. Roberts launched the online blog TransGriot in 2006 which spotlighted Black trans women and pushed for the coverage of LGBTQ+ issues.

Roberts’ influential impact as a journalist and activist was felt far and wide. She was also a co-founder of the National Transgender Advocacy Coalition in 1999. The organisation described Roberts as a “leader” and “elder” who achieved “groundbreaking work for our communities for decades”.

The news of Roberts’ death first surfaced online through a tweet made by journalist Imara Jones. The post said: “I’m shocked at the sudden loss of ⁦@TransGriot. For trans journalists she was a pioneer and an essential North Star. I know so many of us will be deeply saddened by her passing. #BlackTransLivesMatter.”

We are devastated to learn of the passing of @TransGriot. Monica Roberts was a long-time movement leader, elder, & journalist who did groundbreaking work for our communities for decades. She means so much to all of us. This is heartbreaking and beyond words. https://t.co/qtXQrMslbR

Since the news of Roberts’ passing came to light, many have paid tribute to the activist on social media, including author Janet Mock, trans reporter Kate Sosin, and Congresswoman Sheila Jackson Lee.

Monica Roberts held us down — the first to defend, to celebrate, to amplify. I would not be where I am without Her — a big sister who told it like it was, who centered Black trans lives, brilliance & history unapologetically. Rest well sis. Thank you. https://t.co/pXVRiTcSoQ pic.twitter.com/Gqsvw8ujlK

Janet wrote: “Monica Roberts held us down — the first to defend, to celebrate, to amplify. I would not be where I am without Her — a big sister who told it like it was, who centered Black trans lives, brilliance & history unapologetically. Rest well sis.”

“There has never been anyone like Monica Roberts, @TransGriot for trans people & reporting. My work is possible because of her, and she always picked up the phone for me [and] all who had questions or wanted advice. I can’t imagine a world without her,” Kate said.

Monica Roberts was a dear friend, trailblazer and a tireless advocate for Trans-rights. She was founding editor of #TransGriot, the nation’s first blog focusing on issues pertaining to trans women, particularly of color. 1/3 pic.twitter.com/kIAr68Qe3A

Congresswoman Sheila Jackson Lee put together a thread which highlighted Roberts’ achievements in office and legislation and paid respects to her endless work to uplift and support the LGBTQ+ community.

Until her last days, Roberts represented a powerful voice in the media that actively fought for resolutions, representation in media, and encouraged change through much-needed conversations. We stand in solidarity with her.