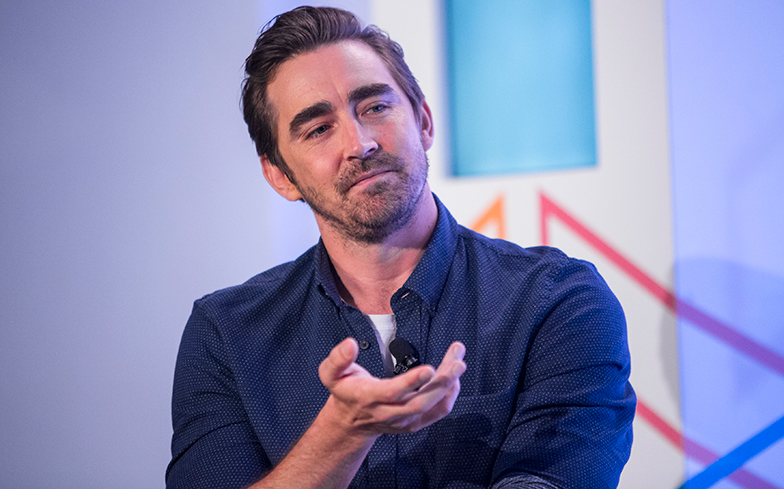 Lee Pace has revealed he’s dated both men and women in the past.

The 38-year-old actor, famous for his big-screen parts in The Hobbit and Guardians of the Galaxy, is currently starring in the Broadway revival of Angels In America as Joe Pitt, previously played by Russell Tovey in London.

Speaking about his role in the epic six-hour play, as well as his last Broadway appearance in The Normal Heart – both of which focus on the AIDS crisis of the 1980s – Lee says these stories are as important as ever.

“Our understanding of what it means to be gay is just so different [in 2018],” he told W Magazine.

“It’s culturally different. It’s just so much further down the road. It’s an interesting thing for me to think about in this moment while working on this play.” Lee Pace as Thranduil in The Hobbit: The Battle of the Five Armies (Warner Bros.)

He also highlighted the importance of gay roles being given to gay actors, especially in historical stories like Angels In America, but when asked about his own sexuality, he appeared taken aback and refused to label himself.

“I’ve dated men, I’ve dated women,” he said. “I don’t know why anyone would care. I’m an actor and I play roles. To be honest, I don’t know what to say – I find your question intrusive.”

It’s the first time he’s publicly addressed his sexuality since he was accidentally outed in a 2012 interview with Ian McKellen, who appeared to imply that Lee and several of his Hobbit co-stars were gay men.

Speaking to BuzzFeed in 2014, Lee argued: “Who cares about people’s personal lives? I mean, honestly. How are you then able to disappear into a role? Trust me, if I had something interesting to say about myself, I would.”

Lee’s Hobbit co-star Luke Evans has also traditionally been quiet about his sexuality, despite coming out as gay at the age of 22. However, he briefly spoke about it during an interview with The Jackal last year.

“I try to keep my personal life and my private life separate. Not for any reason other than there’s a clue in the title – it’s private.

“As an actor you have to keep some sort of enigma and mystery. There’s a dignity to keeping private. I’m trying to keep a bit of dignity to my private life and to protect the people in my life.”

He also suggested that his sexuality has had no impact on his career, adding: “I don’t think I’d be in this business if I felt that I was not being employed because of who I am in my personal life.”