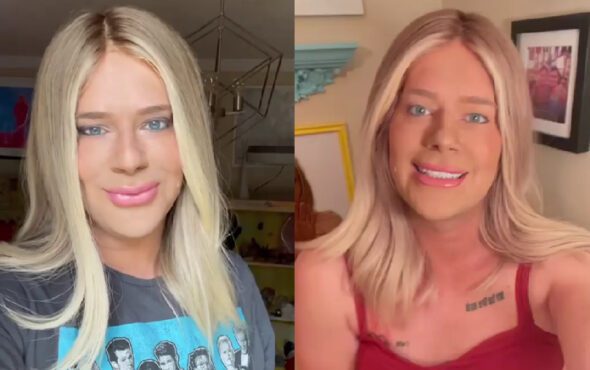 The creator behind the viral “Leave Britney Alone” video has come out as a transgender woman.

Cara Cunningham, who rose to fame after defending Britney Spears’ infamous comeback performance at the MTV Video Music Awards, revealed on 18 August that she will begin hormone therapy following years of gender dysphoria.

In the powerful statement, Cara said she’s finally “happy to be in a place” where she can embrace who she is and has put aside her “identity and personal happiness” out of fear and rejection, as well as “not wanting to embarrass my family”.

“Then I realized anyone who actually loves me for me, won’t be embarrassed and would’ve shown genuine interest in how long I have felt this way in the first place,” she told her followers.

“I am transitioning and I have no more apologies to make for who I am. This will be a lonely process in terms of emotional support from others, but I will be happy knowing I am doing this for myself and what I’ve needed for my gender dysphoria.”

Cara ended her post by informing her followers that she will not answer to her deadname and she’s “not living out of fear or anyone else’s terms any longer”.

The star’s statement received thousands of comments from followers and celebrities as they supported Cara in her transition, including Pose star Johnny Sibilly, internet blogger Perez Hilton and singer-songwriter Phoebe Ryan.

In response to a transphobes comment about her “wig”, Cara said explained that she doesn’t identify as a drag queen and her gender “isn’t a performance”.

“YOU may perceive me as male, but the reality is my real hair is just short right now,” she said. “But up until recently I haven’t always felt safe being trans in the Deep South of Tennessee so I would disassociate and try to pass as male to not have eyes on me. But assumptions like yours do not help any trans person.

“Many trans people have different hairstyles and the issues surrounding safety and possibility and survival are really what you should research.”

You can read both of Cara’s posts in full below.