Lead singer of Say Anything, Max Bemis, comes out as “bi-ish” 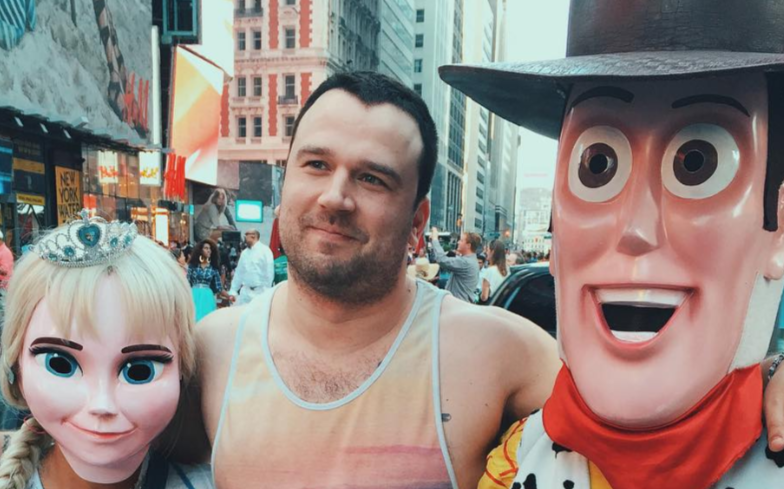 The singer also hinted toward an end for Say Anything.

Max Bemis, the lead singer of the band Say Anything, has come out as “bi-ish” or a “straight guy who can also like boys” in an emotional letter.

In a post that Bemis wrote, he explains about how the band will no longer be touring, and how their latest record, Oliver Appropriate, is their first “truly inclusive” album, in which it can be sung by anyone.

Writing in a section entitled “Gay Stuff”, Bemis said: “I have always been bi-ish or queer or a straight guy who can also like boys. I always talked or joked about it with my friends and found it to be blatantly clear I was.”

Bemis then opened up about being bullied because of his sexuality, writing: “I was bullied for it and called a ‘fag’ (without irony). This is, sadly, common. I’m not special.”

He then added, that many people initially thought that his sexuality stemmed from his bi-polar disorder. “They chalked it up to my bipolar shit, which was hurtful,” he wrote.

“They also minimized it because I found true love early in life, and saw that as a negation of my sexuality, or at least a minimization of my right to even identify as bisexual or queer.”

Bemis then wrote: “I’ve always been somewhat of a monogamist and my queer experiences were limited and remain mostly emotional ones. I don’t feel threatened or scared because I grew up with some amount of privilege in that regard, coming from a supportive, liberal family.

“So I’m not minimizing how hard that can be for other people. I get that I have it easy.”

Writing about the album, Bemis said that he partly associates himself with, writing that Oliver was a “man who kisses boys at beer-soaked coke parties as some kind of ironic joke instead of because he actually allows himself to find them attractive in an emotional sense.”

He further added: “See, falling in love with boys has always been a weird pastime for me. And most sane, nice people can do it happily, whether it’s platonically or romantically.

“Oliver (in the loosest sense one can imagine and creatively speaking) showed me what it’s like to fear being true to yourself.”

Related: Jason Mraz has opened up about his ‘two spirit’ sexuality