Layla Moran MP: “Anything less than a full ban on ‘conversion therapy’ is unacceptable” 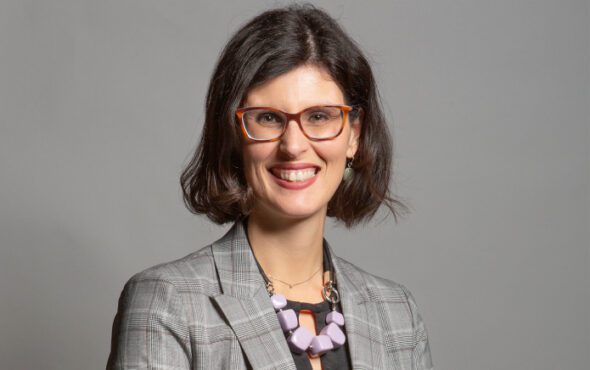 The LGBTQ+ community is an incredible tapestry of different sexual orientations and gender identities. Each of them is valid and should be celebrated. But practices exist which seek to change, cure, or suppress an LGBTQ+ person’s identity. These practices start from the position that a person expressing an LGBTQ+ identity should be challenged, and corrected. They are deliberately harmful and repressive.

Victor Madrigal-Borloz, the UN’s Independent Expert on Sexual Orientation and Gender Identity, has described ‘conversion therapy’ as “inherently discriminatory” and, depending on the severity of the impact on the victim, potentially amounting to torture. 14 countries across the world have some form of national ban on ‘conversion therapy’, including Canada, New Zealand, and Brazil.

But shockingly these practices are still legal in the UK.

For people who are subjected to ‘conversion therapy’, the consequences are severe and long-lasting. These practices deny a person’s identity, teach them that they need saving, healing, or fixing. Survivors report struggling with PTSD, eating disorders, mental health problems, and difficulties with relationships. The practices can alienate people from their communities, and make it extremely hard to access support.

I'm deeply concerned about the exclusion of trans people from the ban on Conversion Therapy. It only serves to demonise an already demonised group.

We must push back against the Govt, and call for a swift, comprehensive ban that includes transgender conversion therapy. pic.twitter.com/S6tqqlnOG2

Figures from the national LGBTQ+ survey found that around 7% of LGBTQ+ people in the UK had been offered or undergone ‘conversion therapy’, with trans people almost twice as likely to have experienced it, at 13%.

The Government made a commitment four years ago to ban all forms of ‘conversion therapy’. But appallingly, the Government has since backtracked and now plans to introduce only a partial ban, that excludes trans and non-binary people.

The Government has acknowledged that ‘conversion’ practices are deeply harmful, and the data shows that trans people are subjected to ‘conversion therapy’ in greater numbers than cisgender queer people. The Government argues that the “complexity of issues” requires separate work to consider the issue of transgender ‘conversion therapy’. But they have given no explanation of what those complexities are.

Nearly all the countries that have banned ‘conversion therapy’ include practices that seek to change a person’s gender identity. Canada, France and New Zealand are all examples that a comprehensive ban is possible.

I’ve been leading cross-party efforts to ban so-called ‘conversion therapy.’ While the PM's statement is welcome – there have been ‘plans’ and ‘pledges’ for over two years now.

What we need is urgent Government action to end this outdated and harmful practice for good. https://t.co/M4p3S6YKxt

Trans right are human rights, and we must stand together as a community to ensure trans people are afforded the same dignity, respect, and protection as everyone else. The Government must U-turn on its U-turn – anything less than a full ban on ‘conversion therapy’ is unacceptable.

On 13 June, I took part in the Westminster Hall debate on transgender ‘conversion therapy’ and I was able to share the words of one of my constituents. She said: “As a trans woman, surely I deserve to feel safe, have some dignity and live my life in peace without being demonised?”. To her, and to all the trans people in my community and across the country, I would like to say that I and my Liberal Democrat colleagues will continue to fight for your rights to feel safe, and to end these harmful ‘conversion’ practices.

Layla Moran is a Liberal Democrat politician and the Member of Parliament for Oxford West and Abingdon.