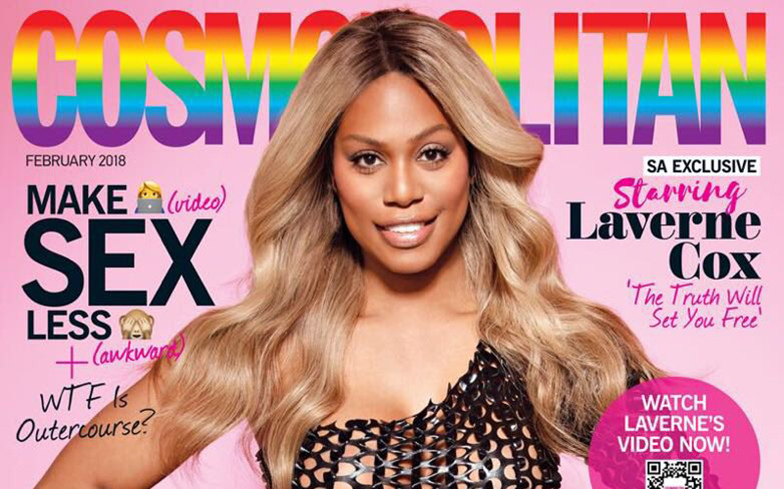 Laverne Cox just became the first openly trans woman to appear on the cover of Cosmopolitan.

The actress, activist and model – who most of you will recognise from her role as Sofia on Netflix’s Orange Is The New Black – fronts the February 2018 issue of the South African edition of the popular magazine, and she looks fierce AF.

Dubbed the #SayYesToLove issue, Cosmopolitan have also turned their logo rainbow as a show of support for LGBTQ people, and will “explore the need for increasing visibility with regards to various forms of gender identity and sexuality” inside.

In an accompanying video Q&A shared on social media, Laverne recalls being hidden away by romantic partners, explaining: “As a black transgender woman, I’ve often been kept a secret by the men I’ve dated.

Elsewhere in the video, Laverne reveals that her celebrity crush is Drake (us too, girl) and that she’d love to be stuck in an elevator with Oprah (also us too).

All the questions you have ever wondered about @lavernecox we had her answer on set during our #COSMOFebruary shoot 😌💞 From celeb crush to her most treasured possession, listen as she dishes all! 🌸✨⚡️ #COSMOxLaverne #TransIsBeautiful ❤️🧡💛💚💙💜. pic.twitter.com/UWm2wVV3ux