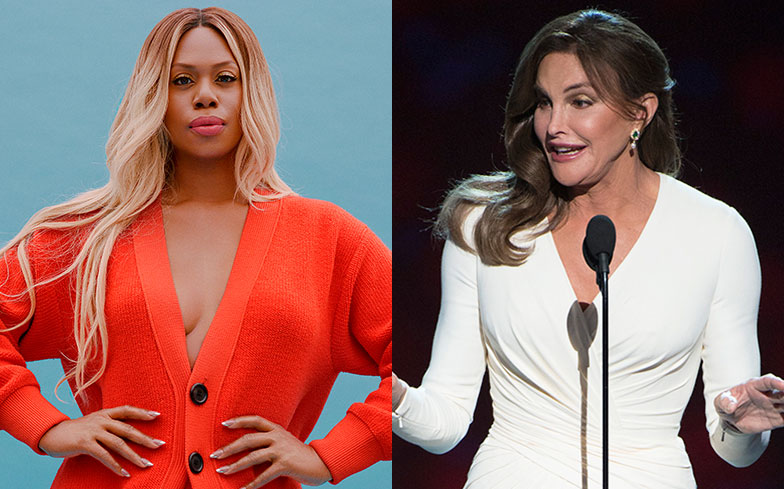 Laverne Cox has opened up about her relationship with Caitlyn Jenner.

The actress, who shot to fame after starring as Sophia Burset in Netflix’s hit series Orange Is The New Black, has revealed in a new interview with The Cut that she was the first openly trans person Caitlyn ever spoke to about her gender identity.

“I don’t know if a lot of people know that I’m the first transgender person that Caitlyn Jenner ever talked to,” she said. “A friend of mine called me and said, ‘The tabloid rumours are true. Caitlyn is trans and she’s never talked to a trans person before. Can you talk to her?’

“And one of the first things I asked her when she called, because I didn’t feel comfortable calling her by her old name – I don’t want to dead-name her – was, ‘Have you picked a name yet?’ So I started her calling her Caitlyn then.

“We talked for a couple of hours and it was lovely. After she came out, people were constantly asking me about her. Initially I was like, ‘I’m not going to say anything about her until she speaks for herself’.” Since publicly coming out as trans in 2015, Caitlyn has caused controversy with her conservative views, including her continued support for US President Donald Trump and the Republican Party, who have repeatedly attacked LGBTQ rights.

And while Caitlyn has since appeared to denounce Trump, Laverne admits it can be hard to support her.

“After her Diane Sawyer interview, I did talk about her, and what I remember saying at the time was that it is so important that we have diverse representation for trans people – that we’re not all the same and that some people might not connect to my story, but they might connect to hers,” she said.

“And then it became difficult to support her, because of some of her politics. I’ve been very intentional about not talking about her, mainly because she’s become so divisive. But I have love for her. She’s still a human being.”

Earlier this year, Gay Times cover star Munroe Bergdorf defended her decision to post a selfie with Caitlyn on Instagram after they were both heckled by anti-trans audience members on Channel 4’s Genderquake: The Debate.

“Whilst I don’t agree with Caitlyn’s politics AT ALL, I think that in this age of echochambers and algorithms it’s so easy to disengage or live a blinkered view of life and block out anything we disagree with,” she explained.

“To change the narrative we need to engage w/ each other, find a common ground & open each other’s minds. Tonight Caitlyn was just another trans woman being verbally attacked and in unity there is strength. So where we may be different, tonight we helped each other pull through.”