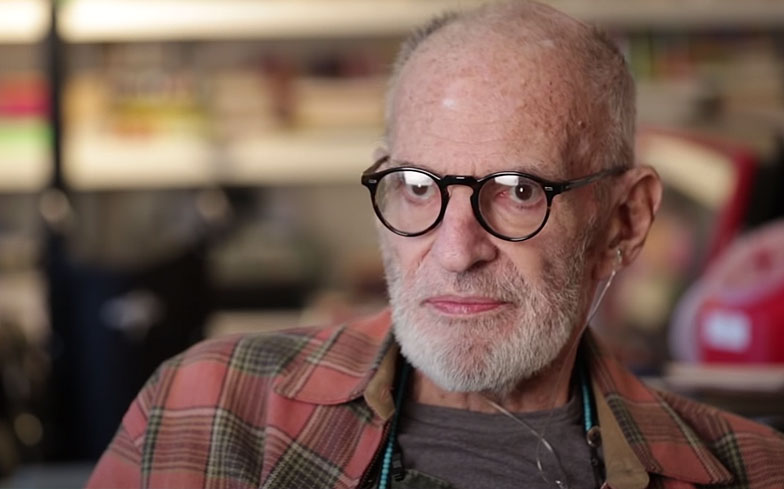 The author and prominent LGBTQ+ rights activist died on Wednesday (27 May) morning in Manhattan, the New York Times has reported. His husband David Webster said pneumonia was the cause.

As well as receiving acclaim for his writing, including the autobiographical 1985 play The Normal Heart, Kramer spent much of his life campaigning for equality and awareness around the AIDS epidemic.

In 1982 he founded the Gay Men’s Health Crisis to assist people living with HIV, and in 1987 helped launch ACT UP, a group that used headline-grabbing tactics to bring attention to AIDS and demand faster research for treatment.

Many have taken to social media to pay tribute to Kramer, including Dan Savage, LGBTQ+ activist and founder of the It Gets Better Project, who called him a “hero” and praised his relentless commitment to the cause.

“Larry Kramer valued every gay life at a time when so many gay men had been rendered incapable of valuing our own lives,” he tweeted. “He ordered us to love ourselves and each other and to fight for our lives. He was a hero.”

ACT UP New York encouraged their followers to share memories of Kramer with the hashtag #ThankYouLarry to honour his legacy.

“Rest in power to our fighter Larry Kramer,” they wrote. “Your rage helped inspire a movement. We will keep honoring your name and spirit with action.”

Playwright Lin-Manuel Miranda paid tribute to Kramer too, in particular praising his work The Normal Heart.

“Don’t know a soul who saw or read The Normal Heart and came away unmoved, unchanged,” he tweeted. “What an extraordinary writer, what a life. Thank you, Larry Kramer.”