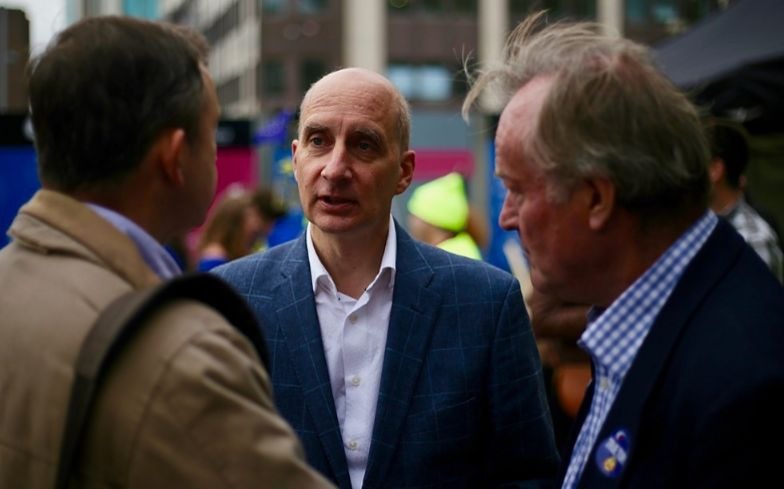 The politician admitted he’d attempted to “suppress” his sexuality during his youth.

Labour peer Andrew Adonis has come out as gay, telling the i he was doing so because “you should be completely honest and open in public about who you are.”

Lord Adonis had previously been married to Kathryn Davies for 21 years, before they divorced in 2015. Adonis told the newspaper that he had struggled with his sexuality even before he’d met his now ex-wife.

“I think I probably knew I was gay back then [at Oxford], but I tried to suppress it, as did so many of my contemporaries,” he explained.

“It was a big thing. Society has changed so much in the last 20 years. It’s a total revolution and I think it’s one for the better.”

He added that the decision to tell his ex-wife and children about his sexuality was “very difficult” and said: ” It was a few years ago I came to terms with who I was.

“Lots of my contemporaries have had to come to terms with who they are and realise all those deeply held assumptions we had when we were teenagers and in our 20s no longer apply.

“I mean, in the scale of things I had to deal with in my life, it was just one of them.”

Lord Adonis is now one of 19 openly LGBTQ politicians sitting in the House of Lords. Out of the rest, seven others belong to the Labour Party, six of them are Conservatives, four of them are Liberal Democrats and the final one is a Crossbencher.

And out of these 47 members, four of them have announced that they will not be standing in the next General Election, whenever we get around to having it.

There are, however, currently no transgender politicians sitting in either the House of Commons or House of Lords.