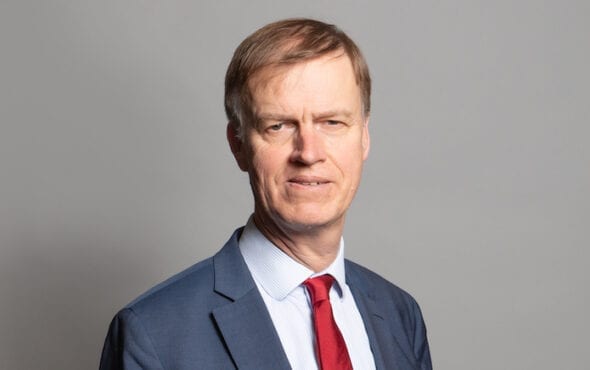 Taking to Twitter yesterday (April 6), the Labour MP for East Ham tweeted in favour of the London-based church.

“I applaud the extraordinary work of @jesushouseuk, and of churches and other faith groups, in supporting our communities throughout the past year,” Timms posted on Twitter.

“In my constituency and others, churches and other faith groups have done an extraordinary job – especially through food banks – in supporting families during the pandemic. It’s important to affirm that,” he told LabourList.

The MP added: “Many of my constituents would have had a far harder time during the pandemic were it not for their efforts. One of the churches in East Ham affiliated to Jesus House has played a key role.

“Given the attention this afternoon, I have checked with Jesus House. They tell me they don’t practise anything like conversion therapy and regard homophobia as anti-Christian.”

Jesus House is known for its anti-LGBTQ+ ties and platforming of a senior pastor who has spoken out against same-sex marriage and the Equality Act.

“We were disappointed to see Stephen Timms’s tweet after Keir Starmer’s apology yesterday. We have contacted his office and will be taking it up with him privately,” told LabourList.

Timms voted against the bid to allow same-sex couples to marry in 2013 but later voted in favour of same-sex marriage for Northern Ireland in 2019.

On Monday (April 5), Starmer publicly apologised for the “hurt” he caused and admitted he was “not aware” of Jesus House’s connection to conversion therapy or its anti-LGBTQ+ views.

The now deleted social media video clip showed the Labour leader grateful to make an appearance and “to talk about how to address inequalities and injustices” the pandemic cause caused to the country.

However, the Barnet-based church is notoriously known for its pro-stance on conversion therapy and homophobic attitudes.

Starmer’s full statement read: “I completely disagree with Jesus House’s beliefs on LGBT+ rights, which I was not aware of before my visit.

“I apologise for the hurt my visit caused and have taken down the video. It was a mistake and I accept that.”

I completely disagree with Jesus House’s beliefs on LGBT+ rights, which I was not aware of before my visit. I apologise for the hurt my visit caused and have taken down the video. It was a mistake and I accept that.

The Jesus House church is part of the Redeemed Christian Church of God network founded in Lagos, Nigeria, and Agu Irukwu is a senior pastor for the institution.

The senior pastor is known to have campaigned against the Equality Act and the legalisation of gay marriage.

In 2006, Irukwu joined over 250 pastors in signing a letter to the Daily Telegraph labelling the Equality Act as “Christianophobia”.

The letter, backed by Irukwu’s signature, argued new laws would “force Christians in churches, businesses, charities and informal associations to accept and even promote the idea that homosexuality is equal to heterosexuality”.