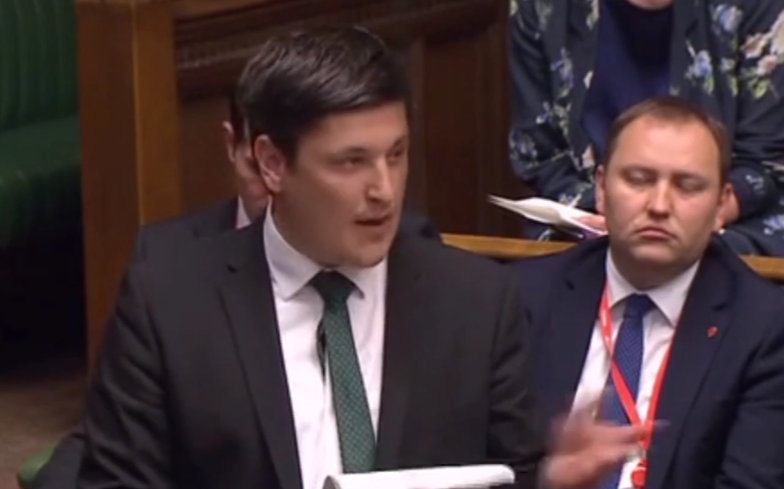 Ged Killen, the Labour MP for Rutherglen and Hamilton West, has pledged to continue fighting for marriage equality in Northern Ireland, and end the “stitch-up” surrounding the process.

In his speech, which was delivered at Queen’s University Belfast, Killen addressed issues about coming out, Section 28 and the lack of marriage equality in Northern Ireland.

“My name is Ged Killen and I am gay, ” he started. “If that sounded like a confession, it wasn’t supposed to, but it’s a difficult habit to shake.” Killen then spoke about how LGBTQ people may have to ‘come out’ whenever they are faced with a new situation.

He then addressed why people needed to come out, saying: “But despite the progress, this is still our lived experience, and there is still much more to do.

“Because where I stand now, my marriage is not recognised, and, for the same reason, many of you are not allowed to get married.”

After addressing what it was like living under Section 28, and homophobia in the Commonwealth, Killen moved onto the government’s new LGBTQ Action Plan, saying: “In its LGBT Action Plan, the UK Government states: ‘We believe LGBT people around the world deserve the same rights and respects we enjoy in the UK and that the UK has a special responsibility to address laws discriminating against LGBT people in the Commonwealth.’

“But, discrimination is happening here, on the UK Government’s watch. How can we hope to defend and promote the rights of LGBT people globally when our Government refuses to do it for its own citizens?”

Killen then addressed a frequent criticism of same-sex marriage, and how it ‘redefines’ the practice. “It is not gay people who are responsible for redefining the institution of marriage,” he said.

“Heterosexual people have been doing it for thousands of years. It wasn’t until the 17th century that people started marrying for love, rather than money or power.

“It wasn’t until 1967 that interracial marriages were legalised across the United States.

“Even in the Bible, it tells us that King Solomon had 700 wives! So why can’t a lesbian from Newry have just one?”

He then brought up polls showing support for equal marriage. “The public supports it; support for same-sex marriage in Northern Ireland is repeatedly polled at over 70%,” he said.”

“The Assembly supports it. When it was up and running, MLAs voted in favour of same-sex marriage, only to be blocked by a petition of concern.

“The British Parliament supports it. If put to a vote I am in no doubt that the vast majority of MPs would extend this right to Northern Ireland.

“Under these circumstances, it is anti-democratic not to legislate for same-sex marriage. This is a unique political impasse, with a very specific logjam that must be resolved.”

Finishing his speech, Killen said: “So here I am in Northern Ireland. And enough is enough. This is personal. Your rights are my rights. An injury to one, is an injury all.

“I will stand shoulder to shoulder with you in this fight, doing everything I can in Westminster. One of many, from across the UK who will do likewise.

“So, whoever you are, wherever you live. Stand with us in solidarity. Demand change. Whether at Stormont or Westminster, we will win this. All of us, together.”