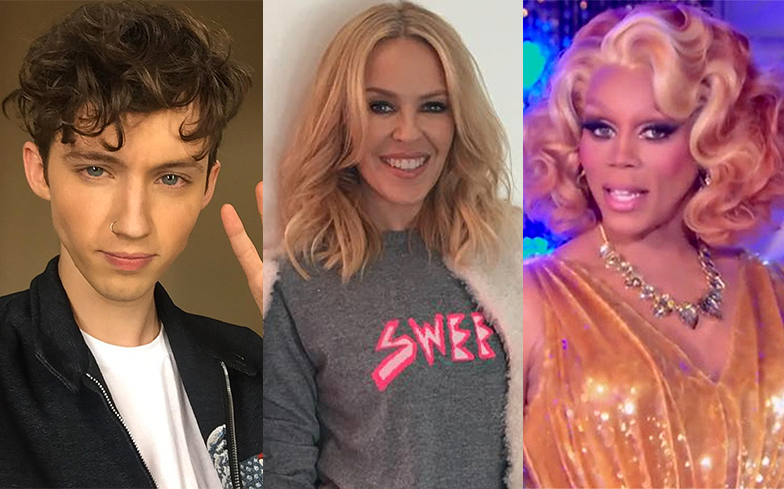 Today is a day LGBTQ Australians will never forget.

After an eight-week plebiscite and more than 12.7 million votes cast, Australia have voted Yes to legalise same-sex marriage.

The results of the postal vote saw 61.6% of the Australians who took part pledge their support to Marriage Equality.

Naturally, celebrations of the result played out on social media, with many famous faces sharing their joy on hearing the news.

From Kylie Minogue and Sia, to Danni Minogue and Troye Sivan, we’ve rounded up a selection of the reactions below.

So happy to watch the people of OZtralia fly over the rainbow!!! #LOVEWINS 🌈🇦🇺👠🐨

CONGRATULATIONS AUSTRALIA!!! 61% of people who voted, voted YES FOR #marriageequaility

Seeing my feed full of rainbows leaves me breathless. So happy. Everyone tweet rainbows until your thumbs hurt!!!!!!! 🏳️‍🌈🌈🏳️‍🌈🌈🏳️‍🌈 pic.twitter.com/WQohc0sqXL

#yes! A huge YES!!! We should never have had to go though this process but, from today, a new Australia where #loveislove 🌈 💓 #marriageequality pic.twitter.com/KJRjjIb5lp

Yes!!!!! Congrats Australia! Every step taken is one closer to World Peace! Love love love you! Proud to be Australian by association lol ❤️❤️❤️ pic.twitter.com/1zO5kSjMS7

Welcome news from Australia this morning! Everyone should be free to love whoever they want to love. #loveislove #marriageequality 🌈 pic.twitter.com/iiM3h0qrOS

What’s this? GOOD news? How to even react to such a thing? 😖😖😖😂😂😂😂Yesssssss Australia! Yessssss! #MarriageEqality #Australiavotesyes

“[Australians] have spoken in their millions and they have voted overwhelmingly yes for marriage equality,” Turnbull said after the result was revealed.

“They voted yes for fairness, yes for commitment, yes for love.”