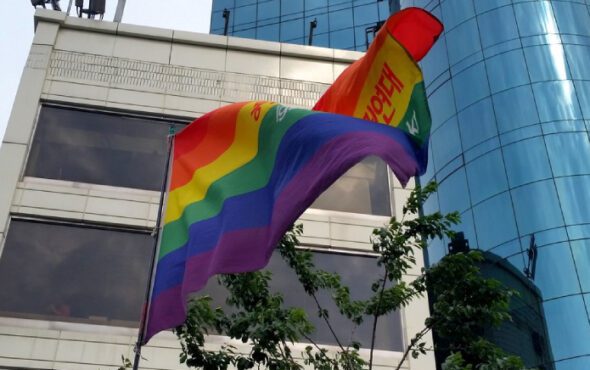 In a blow to LGBTQ+ rights, a South Korean gay couple lost their lawsuit for shared healthcare.

On 7 January, a Seoul court threw out the LGBTQ+ inclusive case due to the country’s views on marriage.

“The union of a man and woman is still considered the fundamental element of marriage, according to civil law, precedents of the Supreme Court and the Constitutional Court and the general perception of society,” the final judgement read.

The devastating news comes a year after So Seong-wook and his partner Kim Yong-min filed a lawsuit against South Korea’s National Health Insurance (NHIS).

According to a report from United Press International, Kim initially registered So as his dependent with the NHIS in February 2020.

But due to their case being profiled in a local magazine, the organisation revoked So’s dependent status shortly after.

Even though the two aren’t married, the couple argued that the NIHS recognises unmarried couples as common-law spouses.

However, the court shot down that argument, stating: “Under the current legal system, it is difficult to evaluate the relationship between two people of the same-sex as a common-law relationship.”

Despite the fact that their case was dismissed, Kim has no plans on giving up anytime soon.

In a statement outside the court, he revealed that they’ll be appealing the conservative decision in the future.

“Even though the court has left it as a matter for the legislative branch, we will continue to fight until the day that our relationship is recognised,” he said. “I believe that love will eventually win.”

Although homosexuality is legal in South Korea, the LGBTQ+ community has continued to face stigma and pushback.

Over the years, LGBTQ+ activists have proposed an array of anti-discrimination laws – which has consistently been thrown out due to conservative and religious groups.

Due to the lack of protections, many LGBTQ+ people have been on the receiving end of discriminatory behaviour.

In September 2021, Human Rights Watch released a report detailing the traumatic isolation that young LGBTQ+ individuals face within the country.

“LGBT students often face bullying and discrimination in the classroom in South Korea, from adults as well as from other students,” said LGBTQ+ rights researcher Ryan Thoreson.

“Without clear protections, many students suffer in silence at the expense of their education and well-being.”