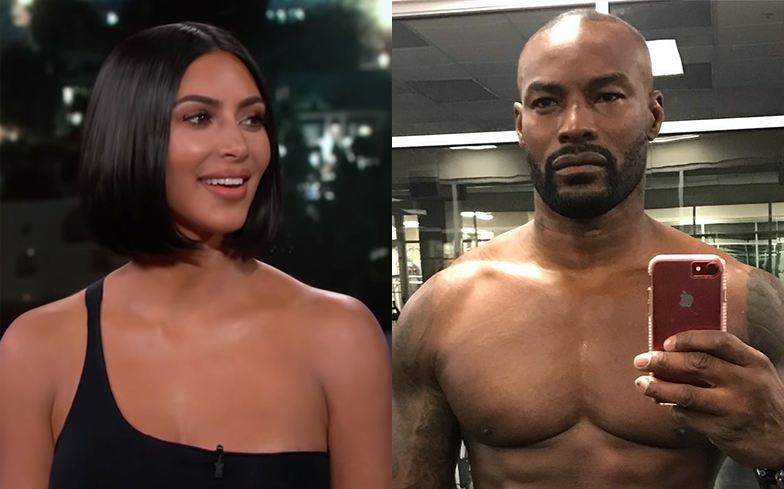 Kim Kardashian has faced backlash for appearing to suggest that Tyson Beckford is gay.

The feud first started when 47-year-old model and actor Tyson left a comment on a photo of Kim uploaded by another account on Instagram, where he body-shamed her and used the green vomiting emoji.

“Sorry I don’t care for it personally,” he wrote. “She is not real, doctor fucked up on her right hip.”

While Tyson’s comment was definitely uncalled for, Kim’s response to his insult was equally tone deaf, as she appeared to insinuate that the only reason he’s not interested in her is because he’s gay and living in the closet.

“Sis we all know why you don’t care for it,” she wrote alongside the tea and nails emoji.

When popular Instagram account The Shade Room shared a screenshot of the comments, it sparked a war of words between fans of both stars, with some accusing Tyson of misogyny and others accusing Kim of homophobia.

i saw this earlier and there was so much going on that I didn't even comment.

1. Tyson Beckford need some business or a hobby. He was out of line.
2. Kim K using sis and then insinuating Tyson is gay as an insult is so cheap and old and homophobic. https://t.co/YLE7g32CGA

Tyson has since fired back at Kim, confirming that he’s straight but also voicing his support to the LGBTQ community.

“Train 5-6 days a week, weights martial arts and firearms and I defend those who can’t defend themselves! I support LGBTQ, even though I’m not gay. It’s just the human thing to do,” he wrote alongside a photo on Instagram.

It’s the latest controversy for Kim K, as during an appearance on The Jimmy Kimmel Show this week she voiced her support for US President Donald Trump, who has a history of discriminatory comments and policies.

“I have nothing bad to say about the president. You know, he’s done something amazing,” she said, although she did stress that she ‘doesn’t agree with everything’ that he stands for.