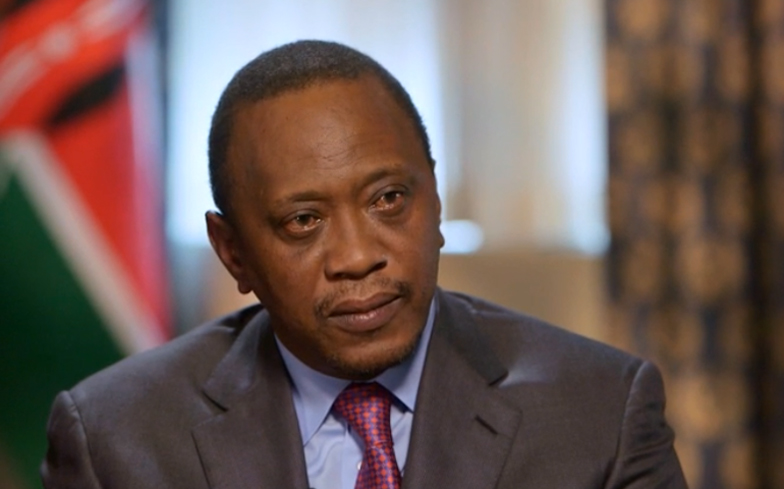 The President made the remarks in an interview with CNN’s Christiane Amanpour.

Even though Theresa May has expressed a “deep-regret” for archaic laws against homosexuality that were exported to Commonwealth countries, and Home Secretary Amber Rudd has pledged to spend an extra £5 million with the aim of reforming these laws, it looks like Kenyan President Uhuru Kenyatta isn’t having any of it.

In an interview with CNN’s Chief International Correspondent, Christiane Amanpour, he said: “I want to be very clear. I will not engage in a subject that is not of any major importance to the people and the republic of Kenya.

“This is not an issue as you would want to put it, of human rights – this is an issue of society. It is an issue of our own base, our own culture as a people.”

“This is not about the world looking at us and saying “yes” or “no”, this is upon the people of Kenya themselves, who have bestowed a constitution. After several years, they have stated that this is not a subject they are willing to engage in at this time.”

Amanpour was visibly taken aback by Kenyatta’s remarks, and commented that he would get himself “into trouble.” She elaborated, saying: “You have just categorically stated that this is an issue for us, not the Kenyan people, and you don’t think that the idea of their privacy, their equality, their rights, is important.”

Kenyatta conceded that LGBTQ rights may come up again in the future of the African country, saying: “In years to come, possibly long after I’m President, who knows, maybe this will be the point that our society will want to freely and openly discuss those issues.

“I have to be honest with you. That is the position we have maintained. These are the laws that we have. And those laws are supported 100% by 99% of the Kenyan people, irregardless of where they come from.

“Their freedoms must be taken into the entire context of society.”

These views roughly mirror what he said back in 2015 in another CNN interview. At that time he told the reporter that Kenya had more “pressing issues” than the advancement of LGBTQ rights. However, he did say that he wouldn’t allow gay people to be persecuted by others, because “every individual has a right to be protected by the law and that’s stated in our constitution.”

However, despite Kenyatta’s remarks, LGBTQ rights could be soon advancing in the country. Next week, on 26 April, Kenya’s Supreme Court is due to give their verdict on whether homosexuality falls under the country’s ban on “unnatural sex”. It is possible that they will rule that it doesn’t, thus legalising gay sex, however, they also have the power to make the current laws much worse for LGBTQ people.