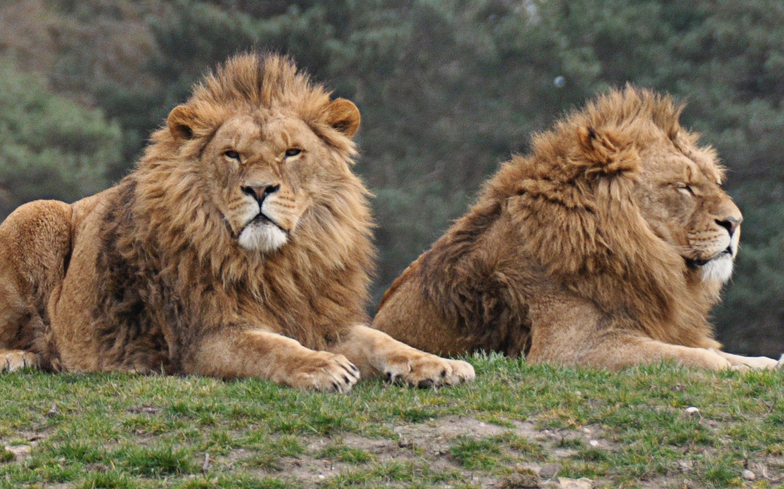 Someone can’t feel the love tonight…

Ezekiel Mutua, the CEO of the Kenyan government-backed Kenya Film Classification Board, has said two male lions, which were photographed having sex last week should be sent for “counselling.”

This shouldn’t be a surprise, as Mutua was behind Kenya recently banning the Disney Channel show, Andi Mack, for featuring a gay storyline.

Tweeting about the ban, Mutua said: “Gay Content Will Not Air in Kenya. . .PERIOD! When it comes to protecting children from exposure to bad content we are resolute and unapologetic.”

Speaking to Nairobi News, Mutua incorrectly said that the lions having sex was a “first”, but as it turns out this wasn’t his most interesting response, as he went on to claim that they were “influenced by gays.”

“These animals need counseling, because probably they have been influenced by gays who have gone to national parks and behaved badly.” He then tried to justify his claim by saying: “Because these animals do not watch movies.”

Related: Cows oppose homosexuality, according to the President of Tanzania

His bizarre rant further devolved as he went on to claim that the lions had been possessed by “demonic spirits”, before asking: “I mean where on earth have you ever heard something like this happening?”

The photographer who captured the lions, Paul Goldstein, had a much more positive reaction.

Speaking to the Mail Online, Goldstein said that it had taken his “breath away.”

He then went on to say: “When lions mate it normally last a few seconds, these two were at it for over a minute and the obvious affection afterwards was very evident, as opposed to the violent withdrawal when male and female mate.

“Even as he dismounted he did not back off as is normal after mating, he crept round to the other male’s muzzle, for a nuzzle and threw a conspiratorial wink his way.”