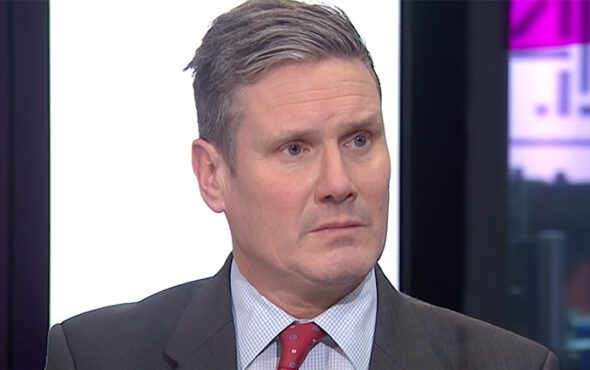 Keir Starmer has criticised the government for “flip-flopping” on ‘conversion therapy’ and said it should be banned “in all its forms”.

A commitment to ban the practice was first made by Theresa May’s administration in 2018, though is yet to actually happen.

Last week, it was revealed that the government had made a U-turn on its decision to ban ‘conversion therapy’ in its entirety, though after fierce backlash it made another U-turn and opted just to ban its use on gay people – but not transgender.

“Recognising the complexity of issues and need for further careful thought, we will carry out separate work to consider the issue of transgender conversion therapy further,” it said in a statement on 4 April.

The move has been met with fierce backlash due to the proof that ‘conversion therapy’ does not work and often leaves those who undergo it with significant trauma.

“‘Conversion therapy’ in all its forms should be banned,” Starmer told the BBC on 6 April. “That used to be the government’s position and they’ve been flip-flopping on this over the last few days and they need to stick to their promises.”

It marks the first time that the leader of the Labour Party has spoken out about the issue since the government’s backtracking on it, which he said feels like one of their “distraction tactics”.

Starmer continued: “But I can’t help feeling that this is yet more distraction tactics from the government, they know that what is keeping people awake at night is the cost of living – whether they can pay their bills or not.

“In order to try and distract from that, the government wants to create an argument about ‘conversion therapy’. It’s not going to wash, we can all see what they’re up to.

“Today is the day when most people are worried about these news taxations that the government is imposing on them.”

"Conversion therapy in all its forms should be banned," says Keir Starmer

The Labour leader accuses the government of "flip-flopping" on the issue, adding "they need to stick to their promises"https://t.co/C8ouDMAW42 pic.twitter.com/UL5H7hdJXh

Among these were Stonewall, the Terrence Higgins Trust and the Global Network of Rainbow Catholics.

Plans for the event have now been scrapped entirely because of the lack of support for it.