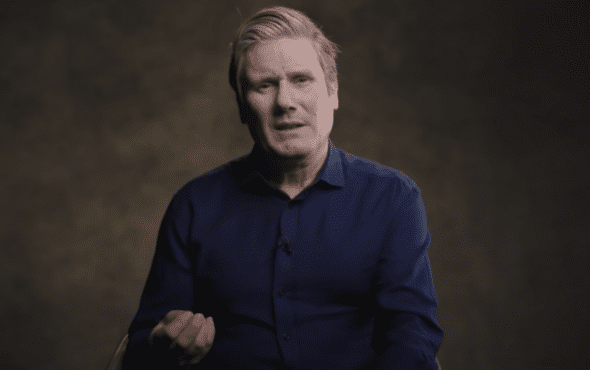 The former barrister and Shadow Justice Secretary reportedly made the comments on 22 September, after Labour backbencher Rosie Duffield urged the leader to meet her and other female Labour MPs to discuss the party’s policy on transgender issues.

According to reports, there are no plans for “the implementation of the Equality Act, including the single-sex exemption which allows the provision of women-only spaces” to change. A spokesman said the law “rightly assumes the inclusion of trans women, except in specific circumstances”, such as prisons and refuges.

Duffield also confirmed she will not attend Labour’s annual conference, which takes place 25-29 September, due to her transphobic views.

The Canterbury MP has garnered controversy for demanding a ban on those who self-identify as trans entering the likes of “DV refuges, women’s prisons, single-sex wards and school toilets.” Earlier this month, she also wrote a Twitter thread on the topic and called trans women “male-bodied biological men”.

“I also have feminist and gender critical beliefs which mean that whilst I’ve always fully supported the rights of all trans people to live freely as they choose, I do not accept self-ID as a passport for male-bodied biological men to enter protected spaces for biological women,” Duffield wrote in one of the thread’s 10 tweets.

The MP’s stance has been heavily criticised by LGBTQ+ activists, with Duffield claiming that online threats and abuse are the reason for her not attending the party’s conference.

In 2020, two of Duffield’s staffers (a lesbian and an ally to the community) quit the MP’s office because of her “overtly transphobic” views. It has been reported that the Labour Party is investigating Duffield after she liked a tweet saying that trans people are mostly “heterosexuals cosplaying as the opposite sex”. “Women have every right to voice their opinions,” Duffield said on BBC Radio 4’s Today programme. “I have seen tweets by male colleagues that have been identical to mine about Labour policy for example, and the comments undermine and other women’s tweets are very different.”

She added: “This is a cross-party issue. All women in public life, anyone who puts their head above the parapet… just gets abuse for the way we look, what we say and it is really horrible and it always turns to violence when it’s women.

“We always get the violence, pictures of guns, pictures of mocked up nooses, that’s the kind of thing we get on social media.”

Speaking anonymously to the BBC, a senior Labour MP said the discourse around Duffield’s anti-trans views is “a stupid, pointless, manufactured row about rights”.

“Let’s talk about how every single trans person awaiting NHS treatment is having their rights to see a specialist in 18 weeks under the NHS constitution breached, for example, rather than whether Rosie Duffield thinks everyone should have their genitals and chromosomes checked to go to the toilet,” they said.