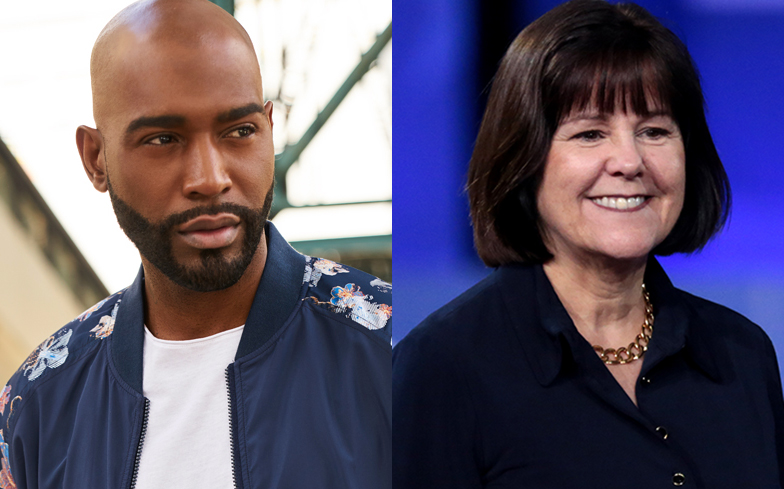 Karamo Brown has opened up about his decision to visit the White House.

While Netflix’s smash hit reboot of Queer Eye provides viewers with a chance to escape all the problems of the world, the loveable Fab Five aren’t afraid to voice their political opinions when the need arises.

Earlier this year, culture expert Karamo visited the White House to help advocate for the continued funding of the National Endowment for the Arts – a program that President Trump has threatened to discontinue.

But he also used the opportunity to address the office of Karen Pence, wife of Vice President Mike Pence, about issues facing the LGBTQ community.

“I just was at the White House a week ago and I met with Karen Pence and her chief of staff. It was phenomenal to be able to go in there and discuss arts, but also to speak about LGBT issues,” he told Vulture.

Although fellow Fab Five member Jonathan Van Ness mocked his decision to visit the Karen Pence at the White House – “She doesn’t like you, girl!” – Karamo had a valid reason for speaking with the notoriously anti-LGBTQ government.

“The thing is, no matter if someone has personal feelings about my sexuality, or how they view me, it’s my job to continue to show up in spaces and say, ‘You know what, I can figure out how to work with you so that we can help future generations’.”

Karamo also revealed that the Second Lady is supposedly a fan of the show.

“I do not know if Karen Pence watches Queer Eye, but her staffers said she enjoys the show,” he recalled.

The second season of Queer Eye, which began streaming on Netflix last week, sees Bobby, Tan, Karamo, Jonathan and Antoni take on the challenge of making over their first ever woman – and it’s a tearjerker.

Elsewhere, the team renovate a church community centre, meet a man with a “non-existent” grooming routine, and provide a makeover for a trans individual, showcasing a different aspect of the LGBTQ community.

Check out a trailer for Queer Eye season two below.