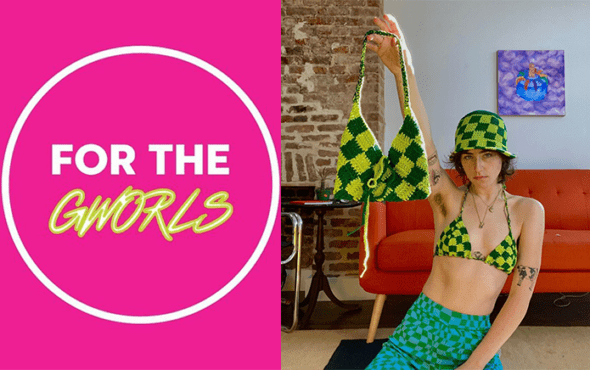 Yes, we’re all about Gen Z here, but we’re even bigger fans of those that stand up for trans representation. It’s no secret Kamala Harris’ support of LGBTQ+ rights is a little murky, especially her case of denying a trans inmate healthcare.

There’s been plenty of times the new-to-be VP has promised to stand in solidarity with the community, but has put in actions that decidedly goes against the activism we advocate for.

While the transition period between the Republican and Democratic administrations inches closer, we can hope Kamala’s stance on LGBTQ+ rights liberalises during then.

In the meantime, we can only hope her step daughter’s pro-trans attitudes spillover to the VP.

In a few recent posts, the youngster participated in an online raffle for For The Gworlds who raise funds to support Black trans folks with their rent and affirmative surgeries.

The Instagram post offered followers the chance to win a knit pants raffle in exchange for a 10 dollar donation to the pro-trans organisation.

TL/DR: We’ve received 100+ apps in 24 hours, so we will be closing Rent & Gender Affirming Surgery fund for a bit to get through the waitlist.

Please support us by don(a)ting to this fund & by sharing this post so we can continue our work. ⁣

For The Gworls first launched in 2019 by Asanni Armon to help two of her Black trans friends pay rent. A rent party was thrown, charging five dollars at the door, which raised enough money to cover both friends’ rents.

Since then, the platform has continued to post online (due to the pandemic), but was known for sticking with the trend of rent parties to help support and cover costs of rent, surgeries, and any other support the Black trans community may need.