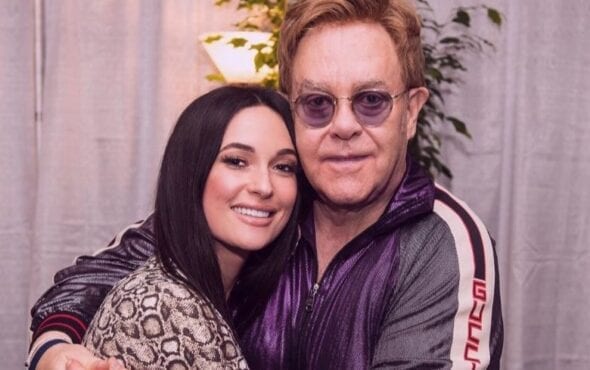 The fierce LGBTQ+ ally was not mincing her words.

Legendary country singer and LGBTQ+ ally Kacey Musgraves has declared that voting for Donald Tr*mp in the upcoming American election is an “act of violence” against the LGBTQ+ community.

In a tweet, she wrote: “To each their own but know what your vote means.” This message accompanied a picture of the Progress Pride flag, which was captioned “If you love an LGBTQ+ person and you’re planning on voting for Donald Trump in November, that’s an act of violence against them.”

To each their own but know what your vote means. pic.twitter.com/4T7OWmbtqS

Her tweet was backed by lesbian musician Mary Lambert, who wrote: “THANK YOU KACEY MUSGRAVES. Trump may call himself pro-LGBT, but he just happens to be the president at a time when the queer community is generally accepted socially. Introducing an EO to ban trans people in the military and supporting exodus ministry is as anti-lgbt as it gets.”

Unsurprisingly, Kacey’s tweet triggered many Tr*mp supporters, who laughably tried claiming the president was pro-LGBTQ+. They pointed to the fact that he once appointed a gay man to a Cabinet role, and America’s deceleration that it would attempt to decriminalise homosexuality worldwide, something that the president knew nothing about when he was asked.

Now, we could fill the rest of the internet up with examples of the Tr*mp administration attacking LGBTQ+ people, but to save time and sanity, we’re just going to look at some of the more recent examples.

The administration attempted to prevent trans people from facing discrimination from the healthcare sector, specifically doctors, hospitals and health insurance companies. Thankfully, this rule change was stopped by a federal judge.

His administration has also brought in anti-trans rules allowing homeless shelters to refuse access to trans people. And it says it has no plans to reverse its cruel ban on trans people serving in the military, despite the ban being brought in against the advice from top US generals.

In Supreme Court cases, the administration has argued that it should be legal for businesses to fire employees because of their sexuality or gender identity, and argues that adoption agencies should be allowed to to discriminate against same-sex couples.

GLAAD set up the Trump Accountability Project (TAP) to track the amount of times that the administration has attacked the LGBTQ+ community. So far, it has counted 172 attacks, now that doesn’t sound very pro-LGBTQ+, does it?