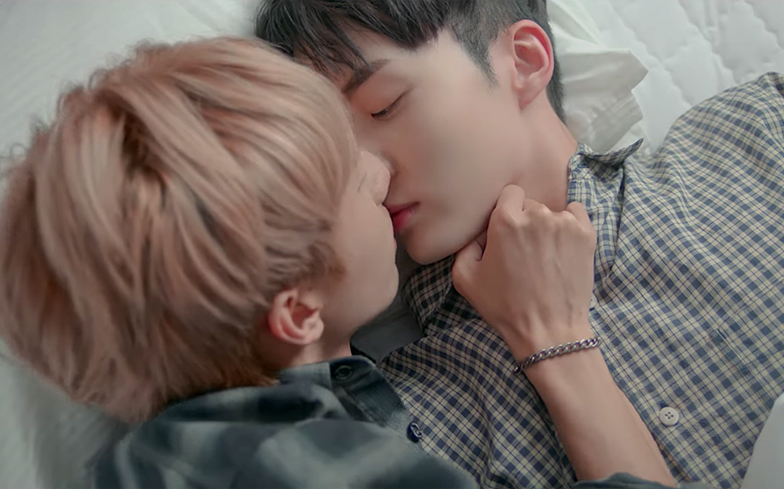 K-pop singer Holland has made a massive step for LGBTQ representation in South Korea.

With his debut single Neverland, which was released on 22 January, the newcomer put his sexuality out on the line by singing about discrimination and wanting to escape to a place he can love who he loves.

The dreamy, pastel-hued music video follows suit, featuring a same-sex romance between Holland and another man complete with a kiss, something rarely shown in South Korean media. Unfortunately, that kiss has gained the video a 19+ rating in its native country, according to Billboard.

Despite this, the video for Neverland currently has over 1.2 million views, the hashtag #HollandDebutDay trended worldwide on Twitter to celebrate the release of his debut single, and the response has been largely positive.

“As an LGBT+ K-pop fan, this song and music video just makes me so freaking happy,” wrote one fan on YouTube. “This may actually be the first time I’ve seen an explicit LGBT+ theme featured in K-pop.”

Watch the video for Neverland below.

Earlier this month, k-pop girl group Loona appeared to celebrate same-sex love between two women in their music video for Heart Attack, although it was never explicitly stated that their relationship was romantic.

While homosexuality isn’t illegal in South Korea, there’s still a lot of taboo surrounding LGBTQ people, especially in the entertainment industry where many stars have been ostracised after publicly coming out.

Last year, it was reported that a ‘witch hunt’ was taking place in the country’s military with the intention of outing and prosecuting gay soldiers, after a video of two male soldiers having sex emerged.

Despite this, a record 85,000 people turned out to Seoul Pride last summer, the largest in its history, suggesting that attitudes towards the LGBTQ community are slowly improving.