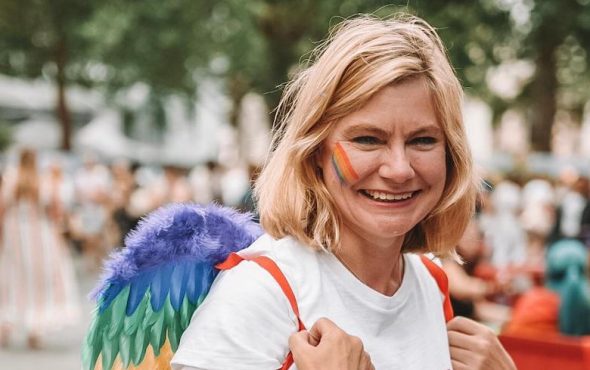 “COVID-19 poses them the greatest threat in a generation.”

Justine Greening, the UK’s first openly gay female cabinet minister, has launched a brand new campaign called Tomorrow Tomorrow to ensure that LGBTQ+ venues can re-open once lockdown is over.

In a letter to the Minister for Women Equalities, Liz Truss, Greening called for the government to take two specific actions that will protect the venues that have been hit particularly hard by the coronavirus pandemic.

She wants the government to increase protections for existing LGBTQ+ venues by asking councils to monitor LGBTQ+ venues in their area, and to develop strategies to ensure the spaces are protected in the long-term.

Greening also called for the government to work with local authorities and LGBTQ+ organisations to create an LGBTQ+ Cultural Preservation Fund at a national or local level, which would offer financial support to at-risk venues.

“LGBTQ+ venues have played a huge part in our community’s struggle, from the first Stonewall Riots in 1969 to the 1999 bombing of the Admiral Duncan right here in London,” Greening explained. “COVID-19 poses them the greatest threat in a generation.

LGBTQ+ spaces & venues are vital for so many in our community, yet many are at risk of closure.

That’s why I’m writing to @trussliz asking for urgent support and protections for LGBTQ+ spaces.

“These venues are safe spaces for so many people across our country and we’ve already seen that the venues which are most at risk are those in areas where they might be the only place for miles around that LGBTQ+ people can be themselves.

“Disproportionately those venues that are forced to close will be also ones that serve women and people of colour, as well as working class members of our community. So not only does it pose a threat to our whole community but the impact would be felt the hardest by those who already sometimes feel excluded from our community.”

Greening continued to add that LGBTQ+ venues are “so important in many people who are part of that community too” and without them, “our community will be worse off which is why finding ways to protect them matters so much.”

Another study discovered that 79% of LGBTQ+ individuals have experienced a plummet in their mental health.