Just Like Us announces appointment of new Chief Executive Officer 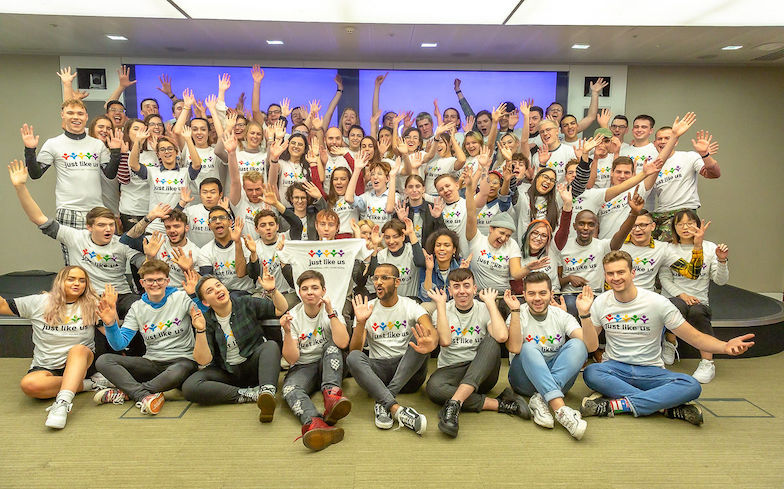 “I look forward to working with the team at Just Like Us to ensure schools have what they need to combat homophobic, biphobic and transphobic bullying.”

LGBTQ youth charity Just Like Us have announced their new Chief Executive Officer.

Dominic Arnall will be joining the incredible charity in February 2020, replacing the outgoing Chief Executive and Founder, Tim Ramsey, who will continue to support Just Like Us as a member of its Trustee Board.

Since 2018, Dominic has led the programme management of Mind’s Time to Change campaign, which aims to change attitudes towards mental health in the workplace and within schools and communities.

Before he joined Mind, Dominic was Head of Projects and Programmes at LGBTQ charity Stonewall, where he led the organisation’s education and international programmes.

Ever since Just Like Us launched in February 2016, the charity has trained over 300 young queer people to be relatable role models, who subsequently worked with over 50,000 school students in talks and workshops.

School Diversity Week, the charity’s national campaign, has reached 1.4 million students in 171 of 181 Local Authorities in England and Wales. Dominic will work with the Board to ensure Just Like US reaches every UK school by 2030.

“I’m thrilled to join Just Like Us as Chief Executive in this exciting stage of the charity’s development, working with schools across the UK to ensure they become happy, healthy places for LGBT+ young people,” he said in a statement.

“I look forward to working with the team at Just Like Us to ensure schools have what they need to combat homophobic, biphobic and transphobic bullying so that LGBT+ people can be themselves and thrive.”

“His track record of leadership, strategic experience and extensive knowledge of the education sector makes him uniquely placed to lead Just Like Us through the next phase of ambitious growth.

“Together with our Board and the whole Just Like Us team, I am looking forward to working with Dominic to build a world where every LGBT+ young person in the UK lives awesome lives.”

Daniel Gerring, Chair of Trustees of Just Like Us, called Dominic a “passionate and highly effect LGBTQ activist” and said the organisation are delighted to welcome him as the new CEO.

“Dominic will work closely with our Founder and outgoing CEO, Tim Ramsey, who will take over as Chair of Trustees later in 2020,” he continued.

“This combination of two genuinely outstanding individuals, working alongside a strong and experienced wider board and senior leadership team, together with our highly motivated student Ambassadors and volunteers, places us in a great position to achieve our ambitious and exciting plans for growth.

“This is a truly awesome appointment to drive our vision of every LGBT+ young person in the UK living an awesome life.”