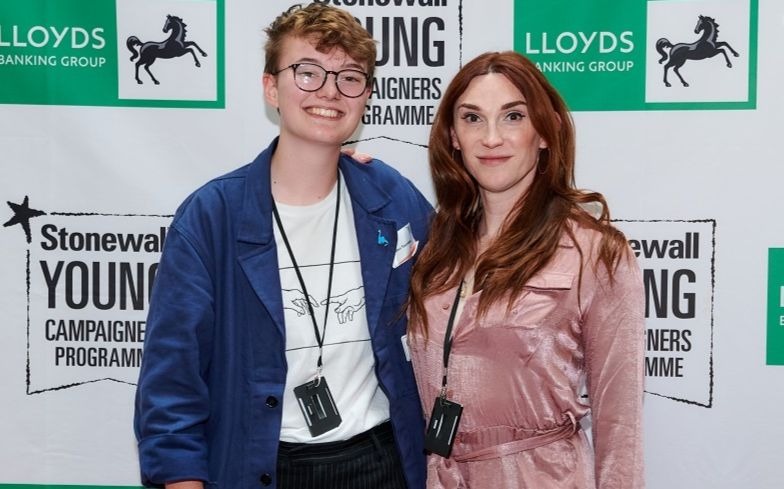 The Young Campaigner of the Year was won by Ben Saunders.

Ben, aged 17, had created a small film which featured voices from transgender people across the North West. The documentary explored the experiences and hardships faced by trans youth in schools, and highlighted the importance of LGBTQ-inclusive education.

Ben won from a group of 35 others, all of which had been paired with an LGBTQ mentor to help guide them in their creations.

Praising all the young people who took part, Juno told them: “It is a huge privilege to meet so many passionate, driven young people who are standing up and creating positive change for those around them.

“You are all making a real difference to the lives of LGBT young people in your communities and I’m delighted to help give these incredible achievements the celebration they deserve.”

The event was sponsored by Lloyds Banking Group, and the bank’s Chief of Staff, Janet Pope, said: “Lloyds Banking Group is proud to sponsor Stonewall’s Young Persons Campaign which tackles homophobia, biphobia and transphobia across the UK and has reached over 75,000 young people in the last 5 years.

“Today we welcome the campaigners and Stonewall to celebrate everything they have achieved striving to make our society not just inclusive, but welcoming to all.”

“We know that nearly half (45 per cent) of lesbian, gay, bi and trans pupils – including 64 per cent of trans students – are bullied for being LGBT. That’s why it’s so crucial that young people feel empowered to fight for equality in their local area.

“Every young person who took part in this year’s programme has made an important contribution to building a world where all LGBT people are accepted without exception and I can’t wait to see where the future takes them.”