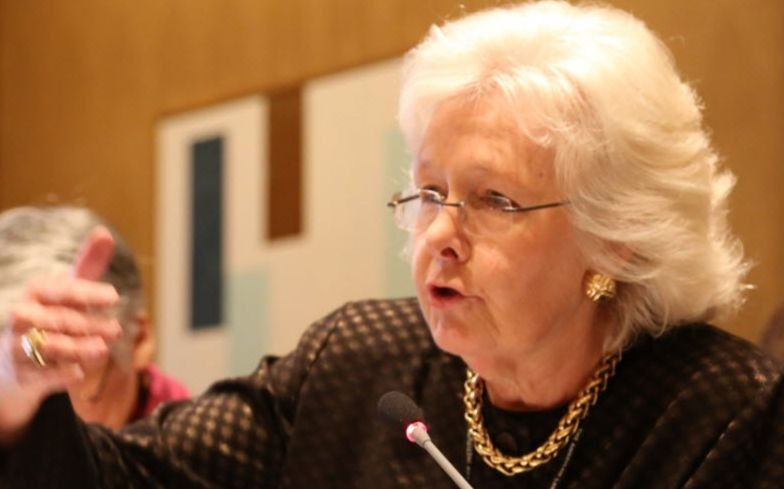 Margaret Marshall wrote the 4-3 majority decision back in 2003.

Margaret Marshall, one of the judges who legalised same-sex marriage in Massachusetts back in 2003, says she is thanked by someone every week for her part in the landmark ruling.

Speaking at a Duke Law event, Margaret said: “Goodridge was in November 2003. There has not been one week, anywhere in the world, where someone hasn’t come up to me and said: ‘Thank you.'”

Margaret was part of a 4-3 landmark ruling which legalised same-sex marriage in 2003 in Massachusetts, the first state in the United States to do so.

The case was brought to the court by the GLBTQ Legal Advocates & Defenders on behalf of seven same-sex couples in the state who had been denied the right to marry.

In the ruling, written by Margaret, she said: “Here, the plaintiffs seek only to be married, not to undermine the institution of civil marriage.

“If anything, extending civil marriage to same-sex couples reinforces the importance of marriage to individuals and communities.

“That same-sex couples are willing to embrace marriage’s solemn obligations of exclusivity, mutual support, and commitment to one another is a testament to the enduring place of marriage in our laws and in the human spirit.”

More recently, Massachusetts was named as the best US state for LGBTQ-inclusive business. The states were ranked on five separate categories, which were each split into four different sub-categories.

These five categories were legal and nondiscrimination protections, youth and family support, political and religious attitudes, health access and safety, and work environment and employment.

The states were then scored out of 100, and Massachusetts topped the leaderboard with a score of 90/100. It was followed in the top ten by California, Connecticut, Vermont, Rhode Island, Oregon, Hawaii / New York, New Mexico and Minnesota / Washington.