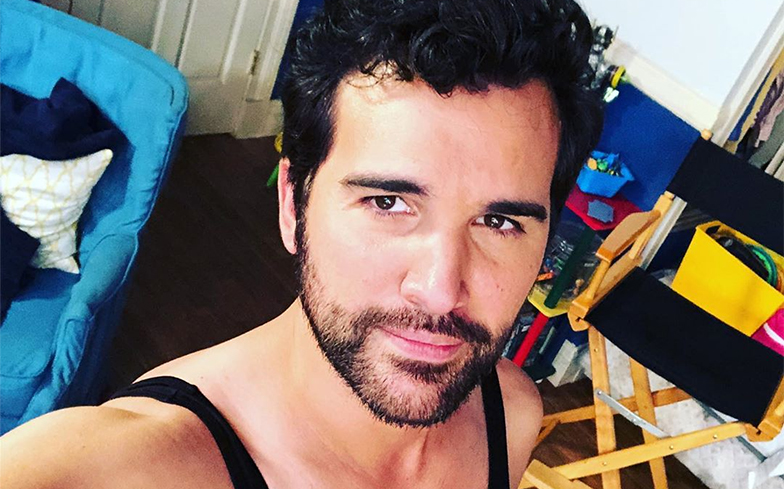 Juan Pablo Di Pace has opened up about his decision to come out as gay.

The Argentinian actor, singer and director – who plays Fernando on Netflix sitcom Fuller House – spoke about his sexuality for the first time earlier this year during a TedX talk, but has now told People he’s been out in private for two decades years.

“I’ve been out for 20 years. It’s not like this is a secret that all of a sudden I needed to bring out to the surface,” he said.

“I live my life freely. I told the most important people in my life 20 years ago, my parents and my friends and people that are close to me.

“In the work life, public life, it just felt like I was still omitting a piece of information because there was some kind of shame or fear there, and so, I saw this as an opportunity to also heal myself.”

Juan said that he felt a “responsibility” to come out publicly as gay to help push the conversation around equal rights forward, especially as there are still many places around the world where it’s illegal to be LGBTQ.

“It is something that I was keeping, you know, quiet for a reason thinking that perhaps this in my industry was something to guard, because there’s always the paranoia with artists as well,” he continued.

“Paranoia that, I don’t know if this is going to be a good piece of information because you don’t want to typecast, you want to be able to play all the colours of the rainbow, so to speak.

“I felt that I now had the responsibility to talk to people to a generation about what I found out about my life, and we all have different perspectives of life.”

While his parents – who are “very Catholic” – struggled to accept his sexuality at first, Juan said it’s now “a completely different thing” and they support him for who he is.

“My father can’t wait for me to get married, have my own kids,” he said. “We have these conversations now, and it’s quite stunning, and my parents are everything to me and to see the growth in them it’s a beautiful, beautiful development.”

Juan has played Fernando in the Full House reboot since 2016. He has also starred in Mamma Mia and Dallas, and competed on the 27th series of Dancing With The Stars.

All four seasons of Fuller House are available to stream on Netflix. The fifth – and final – season will premiere later this year.