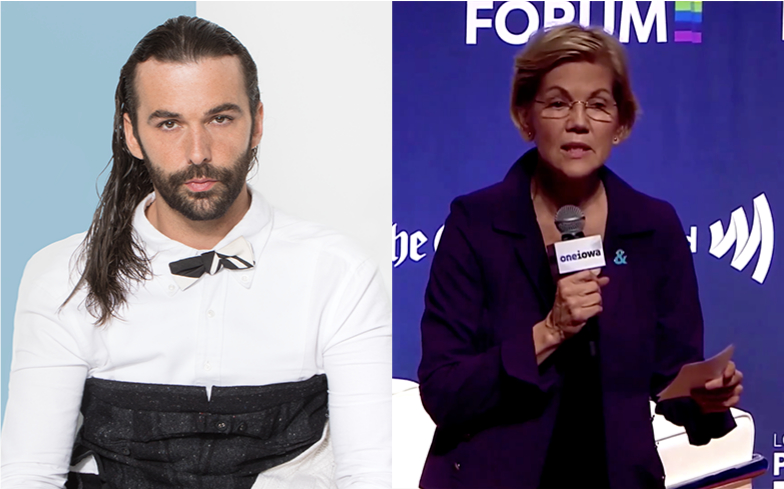 The Queer Eye star revealed Elizabeth Warren had his backing for a personal reason.

Queer Eye grooming guru Jonathan Van Ness has revealed that he is backing Elizabeth Warren to be the Democrat Party’s presidential candidate in the upcoming 2020 US election.

Writing on Twitter, Jonathan wrote: “The moment I knew I was endorsing @ewarren was last month when I misplaced my HIV meds. It cost $3500 to replace them out of pocket with ‘amazing’ plantinum level insurance. Healthcare shouldn’t be for profit ever, it’s a human right.”

Last week, Jonathan bravely revealed that he was a “member of the beautiful HIV-positive community.” In an interview with The New York Times, he said it’s “hard for me to be as open as I want to be when there are certain things I haven’t shared publicly,” adding, “These are issues that need to be talked about.”

With his upcoming memoir, Over the Top: A Raw Journey to Self Love, Jonathan wants to shatter misconceptions people have about HIV, because he is healthy and a proud “member of the beautiful H.I.V.-positive community”.

“When ‘Queer Eye’ came out, it was really difficult because I was like, ‘Do I want to talk about my status?’” he continued.

At the LGBTQ Presidential Forum in Iowa earlier this week, Elizabeth Warren read aloud the names of all the trans women who have been murdered in America this year.

“Donald Trump has a strategy. His strategy is to turn people against people. This strategy is as long as people turn against each other, then maybe they won’t notice. Donald Trump is robbing this country of its wealth and its dignity.”

19 individuals have been killed this year, 18 of which have been trans women of colour.