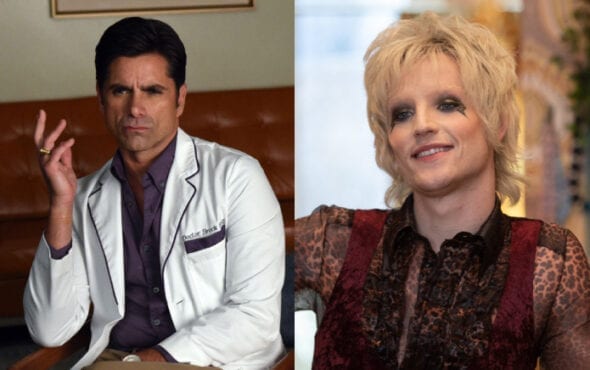 John Stamos has clapped back at Omar Navarro for his anti-gay comments about the Cruella prequel.

Over the weekend, the California Republican politician was condemned on social media for unnecessarily criticising the LGBTQ+ themes in the Disney+ movie, which stars Emma Stone as the iconic villain, fashion designer and puppy-napper of the same name from 101 Dalmatians.

“The new Disney Cruella with Emma Stone just ruined my childhood with an openly flamboyant gay in the movie. Disney persist shoving the LGBT agenda down our throat,” said Navarro.

The politician, who has been investigated and convicted for various crimes throughout his career, is referring to John McCrea’s fabulous character Artie, an androgynous shop owner who assists Cruella in her mission to conquer the world of fashion. Artie made history as the first ever openly LGBTQ+ character in a live-action Disney production.

In response, Full/er House and Scream Queens star John Stamos wrote, referencing his character in the former: “If that ruined your childhood, I hope you didn’t watch Full House. Three single men, living under one roof raising kids in San Francisco…”

Navarro tried to clap back saying, “Didn’t your character date that chick who went to prison for fraud?” and “John, I don’t think full house ever pushed that narrative considering it was in San Francisco,” but as you can see, he failed miserably.

The politician continued to spew anti-gay rhetoric on his Twitter account, laughably writing, “Pansexual is trending and it shouldn’t be trending. Only two genders exist. Male and female,” and “RT if you are going to Boycott Disney.”

If that ruined your childhood, I hope you didn’t watch Full House. Three single men, living under one roof raising kids in San Francisco…. https://t.co/oCadf3xnIK

Before the release of Cruella, which has received praised from critics for Stone’s lead performance, we spoke with McCrea about his historic new character and how Disney have ‘never’ had a character like him before.

“Yes, I did. I always knew he was,” responded McCrea, after we asked the Everybody’s Talking About Jamie star if he intended to portray Artie as queer. “Interestingly, in one of the first scripts, he was a drag queen.

“But then, that idea changed because everyone realised it was more important, like I said, that it’s a lifestyle choice for him – it’s not a performance.

“But yeah, he’s fabulous in every single way. I think it’s important to say he is queer because obviously, lots of people were dressed like that at the time that weren’t necessarily queer, but in my head, he always was.”

You can read our entire interview with John McCrea here.

Cruella is now available in the UK in cinemas and on Disney+.