John Humphrys says BBC is too ‘sympathetic’ towards trans people 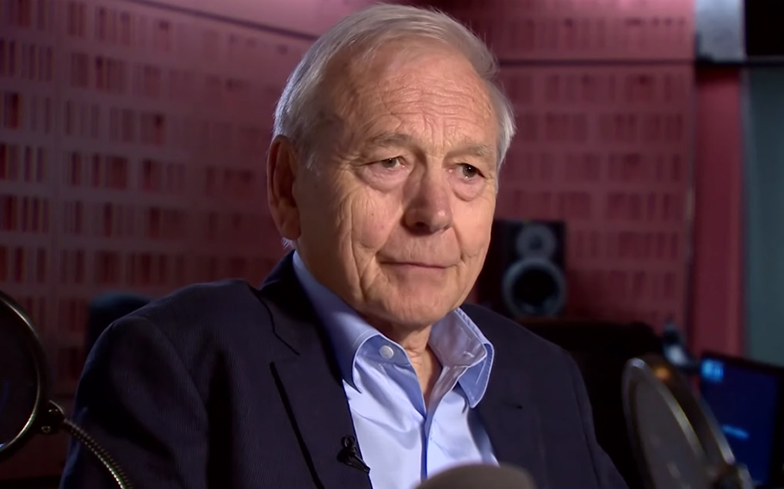 John Humphrys has criticised the BBC for being “sympathetic” to trans rights.

The radio personality hosted BBC Radio 4’s Today programme for 32 years until he quit in September.

During an appearance at the Cheltenham Literature Festival, Humphrys accused his former employer of having a “liberal left agenda” that was “sympathetic” rather than “detached” towards social issues like trans rights.

“If you take something like, for instance, transgender. [The BBC’s] mindset is such that you must, kind of, accept what the prevailing view is. Except that their idea of the prevailing view and, perhaps, mine might be slightly different,” he said, according to The Guardian.

Humphrys went on to express support for people who are trans, but appeared to question the validity of other gender identities like non-binary and said he’s “worried” that the debate over trans rights will have a negative effect on children.

“I happen to believe personally that there are not an unlimited number of genders. I believe we are born men and women. I also believe that there are people who are born with a serious problem, they really are born into the wrong body and they must be helped obviously,” he continued.

“Trans people obviously must be both helped and respected. However, I get slightly worried when large numbers of children, I emphasise children, are being told that ‘well yes, we think that you might be a girl … a boy … we’d better get you medical attention.’

“I’m uneasy about that. I’m uneasy about children being told in school there are more than 100 different genders. I’m worried about the way that whole debate is moving and the effect it is having on some children.

“The BBC’s attitude with that sort of social development is to be immediately sympathetic, not entirely detached as I believe they should be, but sympathetic and that worries me.”

After leaving the BBC last month, Humphrys said in a Daily Mail article that he was left with “raised eyebrows” after the company appointed their first ever LGBTQ correspondent, Ben Hunte.

“Obviously, the BBC must give a voice to minorities, but it must not act as anyone’s mouthpiece. That’s what lobbyists and public relations people do. To confuse the two is to undermine the job of a journalist,” he wrote.

If you’re looking for support for trans and gender variant children and young people, visit mermaidsuk.org.uk