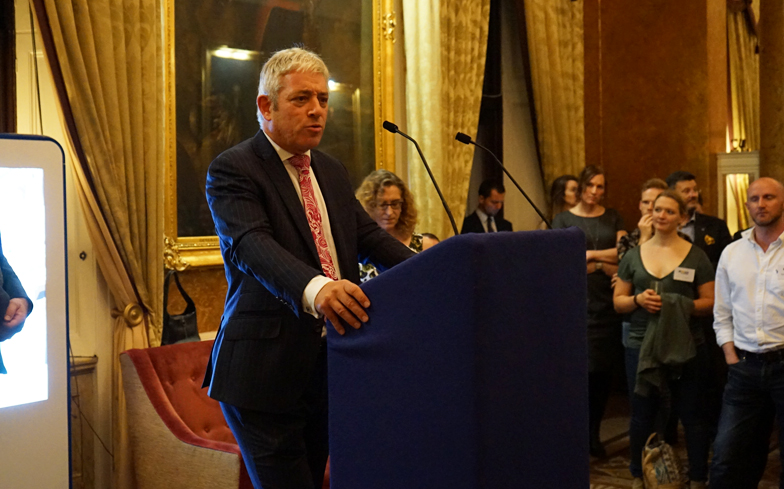 The Speaker of the House of Commons, John Bercow, condemned anti-LGBTQ protests outside primary schools.

Over the past few months, Birmingham primary schools have faced anti-LGBTQ protests over the teaching of No Outsiders.

As the protests continue, MPs in the House of Commons have urged the government to take action to make what is being taught clearer to parents.

Yesterday, (July 16), John Bercow, the Speaker of the House of Commons, issued a statement on the matter. “In my experience as a Member of Parliament for more than 20 years, I often find that when people say, ‘We haven’t been properly consulted,’ what they really mean is, ‘You haven’t done what I told you to do,'” he said.

“Secondly, again on the strength of experience, we cannot appease bigots and homophobes; we have to confront them and defeat them.

“My strong sense is that there is unity across the House in that conviction.”

Bercow has been a long-standing ally of the LGBTQ community, and in 2002 resigned from the opposition frontbench in order to vote in favour of allowing a free vote on whether same-sex couples should be allowed to adopt. He subsequently voted in favour of the bill. His statement came, as Labour MP Emma Hardy questioned the Education Secretary, Damian Hinds, over how the government is countering misinformation being spread by protesters.

Making reference to the BBC Panorama programme on the subject, she said: “This has led to copycat protests elsewhere, as protesters believe that if they make enough noise, and turn up with loudhailers and hurl abuse at headteachers, other schools will back down, too.

“There is a desperate need for clear, firm leadership from the Department.”

Although Hinds defended the current guidance that primary schools were being given, calling it a “a well-crafted document that has received widespread support” this was countered by another Labour MP.

Jess Phillips, who represents a Birmingham constituency, said: “If the Minister thinks the guidance is right, he might want to come and live where I live for a while, because it clearly is not working.”