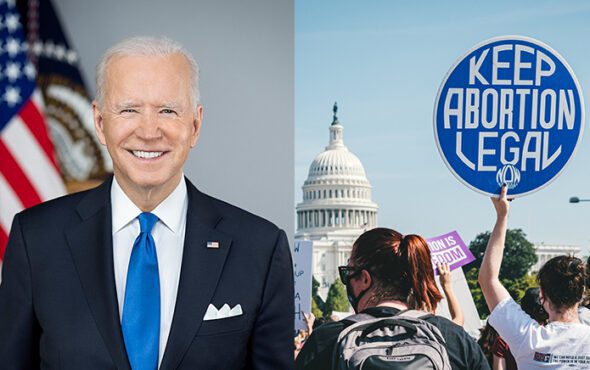 President Joe Biden has warned that same-sex marriage could be at risk if the US Supreme Court overturns Roe v. Wade.

However, the Court appears to be poised to overturn the decision, according to a leaked draft opinion obtained by Politico on 2 May.

Speaking on 11 May at a Democratic National Committee fundraiser in Chicago, Biden expressed concern that other landmark cases could be struck down if Roe v. Wade is overturned.

“It’s not just the brutality of taking away a woman’s right to her body … but it also, if you read the opinion … basically says there’s no such thing as the right to privacy,” he said, according to CNN.

“If that holds … mark my words: They are going to go after the Supreme Court decision on same-sex marriage.”

Although Biden, a devout Catholic, has previously said he personally opposes abortion, he has also stated that his views should not be imposed on the rest of society.

Senate Democrats recently failed in their efforts to advance the Women’s Health Protection Act, which would have preserved nationwide access to abortion.

“As we go forward, you’re going to hear me talking more about what we’ve done and what they’re trying to do,” Biden also said.

The decision on Roe v. Wade, which is not expected to be finalised for another month or so, would mean that abortion rights would be determined by individual states.

Republican-appointed justices Clarence Thomas, Neil Gorsuch, Brett Kavanaugh and Amy Coney Barrett reportedly voted with Alito, according to a source who spoke to the aforementioned outlet.