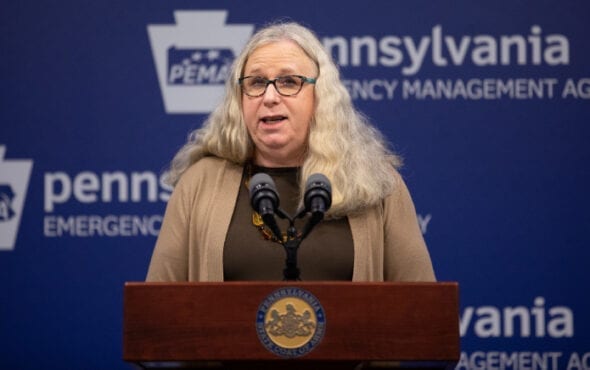 Rachel Levine is about to make history as Senate’s first ever openly transgender official in the United States.

The current Secretary of Health for the Commonwealth of Pennsylvania has been nominated by Joe Biden, who assumes the presidency on 20 January, as his Assistant Secretary for Health.

Levine – a graduate of Harvard and of Tulane Medical School – has made countless headlines as the face of Pennsylvania’s COVID-19 response, where she received praise for her handling of the pandemic.

In the past, Levine has also received recognition for her articles on the opioid crisis, eating disorders, medical marijuana, adolescent medicine and LGBTQ+ medicine.

The doctor was appointed to her current post in 2017 by Democratic Gov. Tom Wolf, which made her one of the few transgender people serving in elected or appointed positions around the world.

If her nomination is confirmed at Senate, she will historically become the first openly transgender person to be confirmed by the Senate for a government role.

In a statement, Biden said: “Dr Rachel Levine will bring the steady leadership and essential expertise we need to get people through this pandemic – no matter their zip code, race, religion, sexual orientation, gender identity, or disability – and meet the public health needs of our country in this critical moment and beyond.”

Biden went on to praise Levine as a “historic and deeply qualified choice to help our administration’s health efforts”.

Following the news, Levine said she was proud of her achievements in Pennsylvania and highlighted the “innovative models” she developed for the opioid crisis “to get people into treatment and into recovery”. 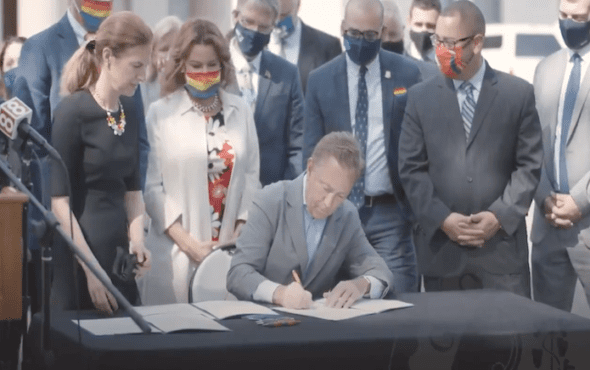 She said: “I am proud of the work we have done as an administration to address health equity, and the work I have done personally to raise awareness about LGBTQ equity issues.

“And I am extremely proud of the work we have done during the last year to save lives in the face of the COVID-19 global pandemic. I look forward to the opportunity to continue to serve Pennsylvanians, and all Americans, as part of the Biden Administration if I am fortunate enough to be confirmed to this position.”

Mara Keisling, the executive director of the National Center for Transgender Equality, praised Biden for fulfilling his promise to represent America in his upcoming presidency.

“Today, he made clear that transgender people are an important part of our country,” she said. “President-elect Biden, like he has done throughout his time in public service, is helping to break down barriers.”

Biden has appointed various LGBTQ+ officials for his administration, including former presidential candidate Pete Buttegieg, who has been picked as the United States Secretary of Transportation.

Related: What does Joe Biden’s win mean for LGBTQ+ people?