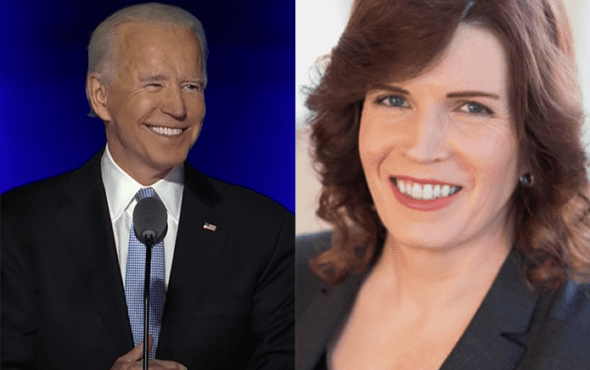 Joe Biden has brought on transgender veteran Shawn Skelly to his presidential team. The former U.S. Navy commander will serve as a member of Biden’s presidential transition team.

Before being appointed, Skelly has had her fair share of experience within the government.

Back in 2017, she was appointed by former President Barack Obama as a member of the National Commission on Military, National and Public Service. She also worked for the Department of Transportation and the Department of Defense.

Throughout his campaign, Biden has consistently reassured the LGBTQ+ community of his support and the steps the White House would take once he’s in office.

Throughout the past four years, the Trump administration has consistently attacked the rights of the trans community.

From banning transgender people from the military to allowing discrimination towards trans people in health care, the Trump administration wreaked havoc on the human rights of trans citizens.

“For four years Donald Trump has tried to roll back the protections for the LGBT community, denying transgender Americans a choice to serve our country, letting adoption agencies and homeless shelters and public services discriminate, turning a blind eye to the epidemic of violence transgender women of colour”, Biden said.

With Donald Trump’s exit from the White House quickly approaching, the LGBTQ+ community is eager to see the desired changes and reforms that have been promised.

By appointing Skelly on the transition team, we can only imagine what other positive changes are in store from the Biden administration.