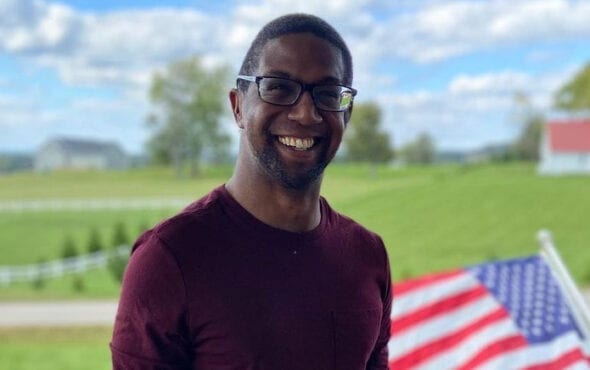 Reggie Greer has been named the Director of Priority Placement and Senior Advisor on LGBTQ+ issues in the White House.

In his new role, the politician will promote LGBTQ+ inclusion within Joe Biden’s administration and act as a “bridge” between the community and the White House.

Greer joined Biden’s presidential campaign in March 2020, where his work was instrumental in building the organisation’s LGBTQ+ elected officials network and its candidate training, which encourages queer people to run for office.

Before joining the campaign, Greer served three years at the LGBTQ Victory Institute as their Director of Constituent Engagement. As part of his duties, Greer worked to engage and inform the nation’s network of LGBTQ+ elected and appointed leaders.

He also worked with the Obama administration at the U.S. Department of Transportation as their Deputy Director of Public Engagement, and in 2016, Greer was appointed to serve on Washington, DC Mayor Muriel Bowser’s LGBTQ Advisory Committee.

Greer is one of more than 50 LGBTQ+ representatives in the Biden administration (so far), which is on course to become one of the most inclusive and diverse administrations in history.

His appointment was met with praise from LGBTQ+ activists, including Annise Parker – president and CEO of the LGBTQ Victory Fund and Victory Institute – who called Greer a “ray of sunshine in the conflict-driven world of politics”.

“The respect and trust he’s earned from LGBTQ leaders will make him an extremely effective adviser,” she said in a statement. “He exemplifies the America United ethos, with a rare ability to bring diverse communities and interests together and rally them behind a common cause and vision.

“He will be invaluable as a bridge between the administration and the millions of LGBTQ Americans relying on President Biden to bring needed change to our nation. I am thrilled about his appointment and am eager to continue working together on moving equality forward for our community.”

Arli Christian, campaign strategist with the American Civil Liberties Union, said the organisation “look forward to working with Director Greer on our top ask of the Biden-Harris administration: an executive order updating the process by which federal agencies change gender markers on IDs.”

They continued: “Over 67,000 people have signed our petition calling on the White House to issue this executive order, and we’re excited to work alongside Director Greer in support of transgender, nonbinary, and intersex people nationwide.”

In a column for Out Magazine last year, Greer praised Biden for his promise to fight for healthcare, tackle climate change, address systemic racism and “rebuild an economy that actually works for everyone.”

He also lauded his commitment to the LGBTQ+ community, especially his pledge to fight the epidemic of violence against transgender people across the United States.

“I support Vice President Biden because I believe our government should reflect the best of us, not the worst. Under Donald Trump, we have been exposed to constant division and hate,” he wrote.

“And, regrettably, more than 217,000 of our fellow Americans are dead because of his mismanagement and incompetence.”

You can read Reggie Greer’s full column for Out Magazine here.