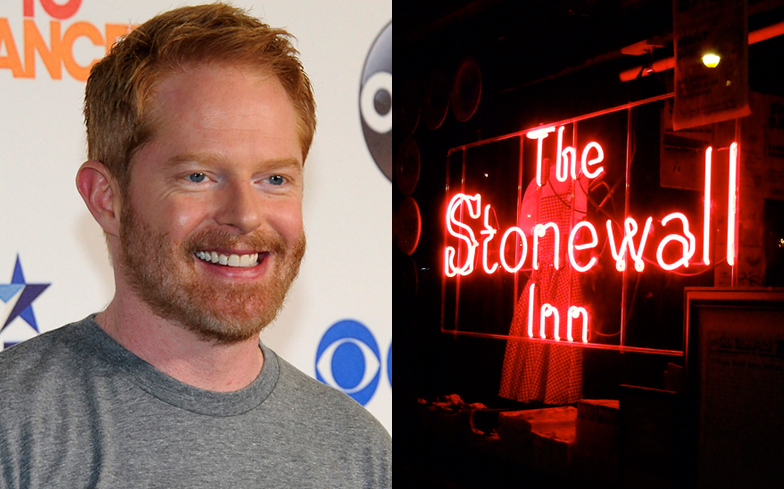 The actor, who famously plays Mitchell in hit sitcom Modern Family, and his husband Justin Mikita will executive produce Stonewall Forever, a feature documentary marking the 50th anniversary of the Stonewall Riots.

The riots took place on 28 June, 1969 following a violent police raid on customers at the iconic Stonewall Inn, a gay venue in New York City which is considered by many to be the birthplace of the modern day LGBTQ rights movement. “So much of where the community is today is because of wheels set in motion 50 years ago – and yet in the day of dying retail and Grindr, it is getting harder and harder to keep queer spaces open,” Jesse told The Hollywood Reporter.

“We decided together that we wanted to create a documentary for the younger generation – one that tells the importance of queer spaces for gathering both then and now, and why we have to work to preserve these spaces.

“We hope that it will not only educate and enlighten but also inspire. We always need new leaders and who better to learn from that those who came before us.”

The documentary is expected to focus on the Stonewall Riots and its 50th anniversary celebrations, as well as events that took place in between including the AIDS crisis, Harvey Milk’s legacy, marriage equality and the fight for trans rights.

Jeffrey Schwarz, who previously helmed Tab Hunter Confidential and I Am Divine, will direct the documentary.

“Every time there is progress, it’s followed by pushback,” continued Jesse. “We’re in that moment again. A lot of the progress is being undone. That makes this story even more relevant and urgent to tell.”