Jerrod Carmichael comes out as gay during HBO special Rothaniel 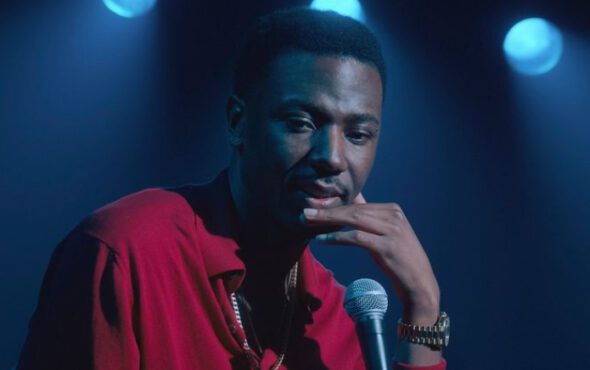 Jerrod Carmichael came out as gay in his latest comedy stand-up special and said that he no longer wanted to keep his true self a “secret”.

The star said he was “feeling like a liar” when his father’s infidelity became public knowledge and said his fears came from not wanting to change other people’s perceptions of him.

“After that was out in the open, I was left alone feeling like a liar, because I had a secret,” he said during the episode, which aired on 1 April. “One that I kept from my father, my mother, my family, my friends, and you. Professionally, personally. And the secret is that I’m gay.”

“I thought I’d never, ever come out,” Carmichael continued. “At many points I thought I’d rather die than confront the truth of that, to actually say it to people. Because I know it changes some people’s perceptions of me. I can’t control that.”

Rothaniel, which was broadcast on HBO, was filmed by fellow comedian Bo Burnham at a jazz club in New York.

It is not the first time that the 34-year-old has referenced his sexuality publicly.

In 2019, he told his mother that he had been sexually involved with men during a HBO documentary short titled Home Videos.

He said that his relationship with her has suffered as a result of his coming out and they have not spoken for several months.

Despite this, Carmichael explained that sharing who he is has made him “feel freer.”