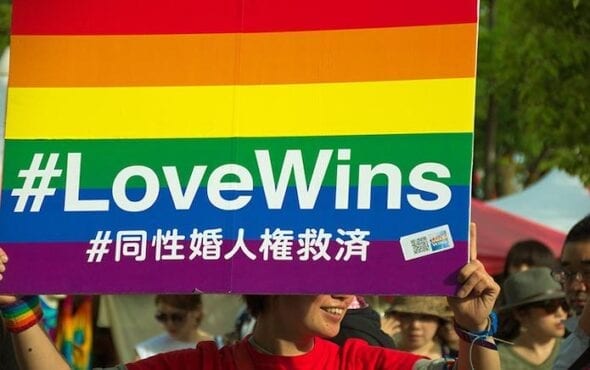 Akashi has become the first Japanese city to introduce a planned partnership system that will recognise family relationships between LGBTQ+ couples and their children.

The newly implemented move was raised in December 2020 following pressure from minorities.

Since then, Akashi local government has become the first to acknowledge this request and has included a planned partnership to address the rights of same-sex couples in the city.

Although the new framework is not a legal change, the progress does ensure future rights and visibility for same-sex couples and their families.

Same sex-couples are now able to change their relationship status from “roommates” to “relatives”, a request which has long been pushed for on the Japanese census.

The city believes this new opinion on their residential certification will allow couples and their children to be culturally equally recognised as a typical family.

Another right being granted is the ability to live in government-owned housing and have the right to be buried together in municipal cemeteries.

As a part of these governmental changes, city officials hope a wider cultural change will occur and also impact the local schooling system.

Currently, same-sex parents are unable to collect their children from schools and nurseries as school rules declare that children can only be taken from schools from biological parents.

“It’s the public sector’s role to support residents without leaving anyone behind,” Akashi Mayor Fusaho Izumi said. “The new system covers children because we are working on town development that centers around children.”

As it stands, the Japanese government does not recognise same-sex marriages, but things are gradually changing.

Since 2015, there has been a growth of LGBTQ+ acceptance with close to 70 municipalities introducing systems to certify same-sex couples so they can be given the equivalent status to marriage.  Tokyo’s Shibuya Ward was the first to enact this change in six years ago.

The city of Akashi has also established a government division dedicated to education the public on sexual diversity. The programme has employed staff which as classified as sexual minorities to ensure a fair and diverse public education.

“There are many forms of couples and family, so we wanted to meet the needs of those people as much as possible,” a government employee said during a news conference.