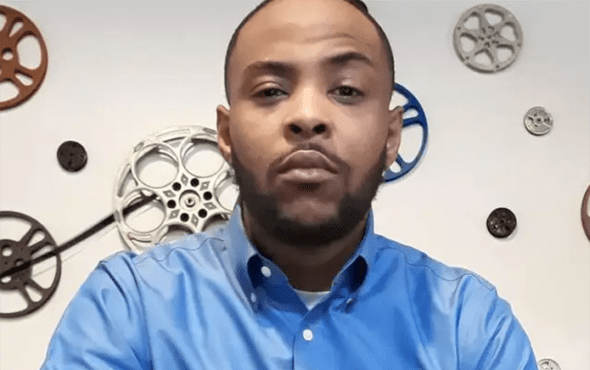 “I felt worthless,” he told BuzzFeed News. “I felt like all those triggers that trans people try so hard to manage throughout the transition, all of it just exploded.”

Jamel Young, aged 33, is suing the NYPD DOC for immensely mistreating him during his experience with them and the US justice system in 2019.

At midnight on 29 March 2019, Young was circling a friend’s house looking for parking in the Bronx, whilst his girlfriend took the bags to their home they were visiting. The two reside in Atlanta.

After circling the block a few times and being unsuccessful in finding parking, Young was stopped by an unmarked police car.

Although apprehensive, Young told BuzzFeed: “I didn’t do anything wrong, whatever this is I’ll take care of it.” The only thing on his mind was “comply”.

When the police pulled him over, the officers asked “basic traffic stop questions.” He told BuzzFeed News that he was calm when answering. The officers did not say they were pulling him over for the light that was missing above his number plate.

Although this seemed to be a standard traffic stop, Young spent hours trying to manoeuvre through the situation. The officers asked Young if he was armed, in which he told them he was, but was unsure whether the gun was in the car or in the bags that his girlfriend had with her.

Young told BuzzFeed News that he did not know that a license to carry was required for a weapon registered in a different state, and that the license was to carry a gun on your body, not in your car or at home. He went on to explain that he had a purchase receipt from when he bought the gun in Georgia and thought it was a permit.

Young described his experience as being treated like a “ragdoll” once he had informed the police officers that he was transgender. This amounted to being misgendered, assaulted and sexualised by the authority figures in the system.

Young described being sexually assaulted by officers who seemed to be trying to confirm his identity. When querying around the gender friendliness of the prison, as the police had arrested him, he was told to tell officers that he was a woman if he feared for his safety.

“It’s totally unsafe,” Young told BuzzFeed News. “Men get raped in jail. I know for sure if they knew the parts I had I would be getting raped.”

After many attempts to secure his safety, whilst being handcuffed to a male inmate, Young wrote a note to the security officer saying: “I am transgender, it is unsafe for me to be here, can someone please do something about this because I feel like my life is not safe here.”

It ended in Young being moved to a separate cell and questions being asked by other inmates as to why he was in that situation.

According to the lawsuit, a nurse began to sexualise Young during a medical exam, describing him as “sexy and attractive”.

“The department’s policies on transgender people are left as a gray area,” Heng-Lehtinen an American LGBTQ+ rights advocate said, “which is really dangerous.”

This is due to policies that aren’t trans-specific, but instead, a general idea on how detainees as a whole should be treated, following outdated, heteronormative standards; those of which are exclusive of transgender and non gender-conforming people.

According to BuzzFeed, the NYPD did not respond to the request for comments on the lawsuit or on the question of empathetic policies that include transgender people.