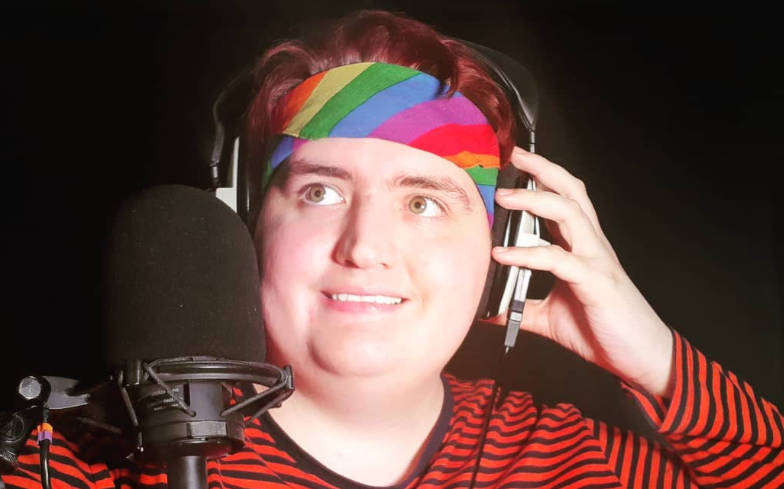 Jacob Edward will host two shows on December 30 and 31.

Over October, the BBC put out a casting call to feature 35 up-and-coming radio DJs and presenters on its stations as part of a Christmas takeover stretching from Boxing Day to New Year’s Eve.

Over 1,100 people sent in applications, and one of the lucky applicants was Jacob Edward, a non-binary presenter who has presented on Gaydio, as well as volunteered with the akt.

Following their announcement, Jacob, who will be presenting two shows in the late morning slot on December 30 and 31, said: “It feels incredible, keeping this a secret has been so hard! This is the dream! I’m just so excited!”

Speaking to Forbes, they said: “Since coming to terms with my identity and going on to work in the LGBT+ media, I realized just how underrepresented people like me actually are.

“Non-binary identities are subject to such a lot of hate and misinformation in the mainstream media.”

They added: “It’s likely a lot of young non-binary and gender nonconforming young people will have to endure a lot of misgendering and erasure over the festive period, including from relatives.

“So hearing someone on a radio station as big as Radio 1, not shy away from being honest about their identity and pronouns on air? I hope that will validate them and let them know that they are incredible just the way they are!”

They finished by saying: “Growing up, if I had heard a non-binary person on air it would have made my life! I hope to do that for somebody this Christmas.”

Jacob wasn’t the only LGBTQ participant to be selected as Gabriel Green, a graduate from the University of Westminster will also be on air. Gabriel will be presenting an early breakfast show alongside Joe Pilbrow on December 31. But if you want to catch them, you’ll have to be listening in at 4am.

Related: Jacob Tobia to voice non-binary character in She-Ra and the Princesses of Power