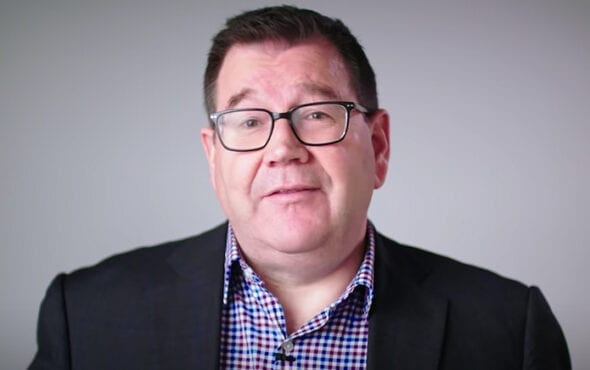 In the prime minister’s latest cabinet selection, Jacinda Ardern has appointed a 20-strong cabinet, including eight women, five Māori, three Pasifikas and LGBTQ+ politicians. The Labour leader won by a landslide in the latest election.

The new centre-left cabinet includes New Zealand’s very first openly gay deputy prime minister, Grant Robertson, who is the first gay man to be given the role. Robertson is informally referred to as Arden’s right hand man. The pair worked closely together during their Beehive days while Robertson served as a finance minister.

The newly appointed deputy strives to be a representative that stands for all New Zealanders, but hopes to also be a figurehead for younger members of the LGBTQ+ community and a leading example of representation.

“I still get a lot of emails and messages from young gay, lesbian, bisexual and transgender people who look towards us to provide that kind of role-modelling,” Mr Robertson said. “So, I’ll keep doing my job the way that I’ve been doing it, but I’m very proud to have the role.”

Alongside Robertson, Nanaia Mahuta is the newly assigned Foreign Minister who has a moko kauae – a traditional female Maori tattoo on the chin. The tattoo is considered a physical manifestation of their true identity. Mahuta first displayed the traditional tattoo in New Zealand’s parliament in 2016 which was two decades after her election. Mahuta is also the first Indigenous woman to be fill the role as Foreign Minister.

“She is someone who builds fantastic relationships very, very quickly and that is one of the key jobs in a foreign affairs role,” Ardern said. Mahuta said she was “absolutely privileged” to take on the job.

Mahuta was the first woman to wear a “moko” into New Zealand’s parliament after getting the traditional Māori facial tattoo in 2016, two decades after she was first elected.

“I think it’s an important point to make – these are individuals who have been promoted for what they bring to the cabinet, they also reflect the New Zealand that elected them,” the PM said.

Ardern’s cabinet reshuffle comes in light of her re-emphasised focus on tackling and controlling the COVID-19 virus which has impacted countries across the globe. New Zealand have been viewed as a leading example when it comes to cracking down on infection rates and managing its spread. The country’s leadership response was to commit early on to lockdowns and follow up with heavy regulations; a strategy which has been widely praised after proving how it effective it has been.

New Zealand’s response – to go hard and early on lockdowns – has been generally praised around the world, more so as new lockdowns are being announced in Britain and Europe. Four new Covid-19 cases were announced yesterday and are being managed isolation. The last case in the community was 10 days ago, on 23 October. New Zealand’s total number of cases stands at 1603 including 25 deaths.