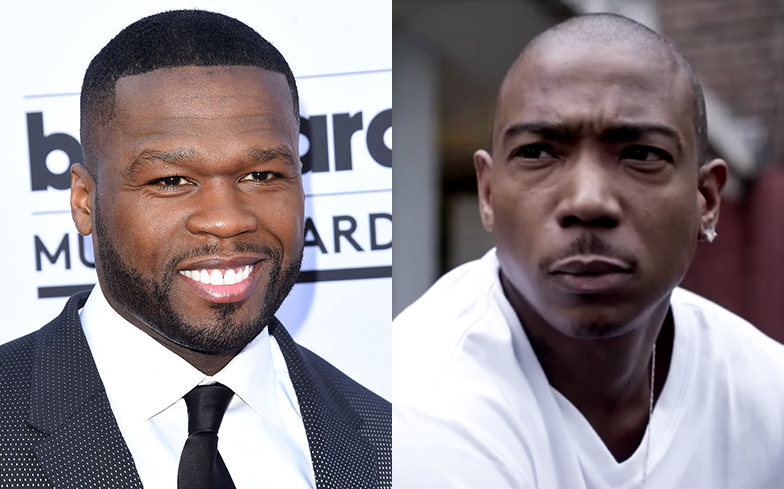 The two artists have a long history of diss tracks, shady interviews and social media putdowns, but while the beef has been slowly simmering away over the past few years, Ja Rule has just added fuel to the fire with a series of questionable tweets.

“From now on everyone can refer to 50 Cent as #TickleBooty not fif not fiddy… That’s his name, call him it to his FACE he ain’t gonna do SHIT… and if he does sue him like he did me,” he wrote on Twitter.

Ja Rule went on to claim that the rapper “let’s women and MEN play with his butthole”, and labelled his fans ‘tickle booty bandits’ for “coming on my page with another mans dick in they mouth”.

A day later, he continued his tirade against 50 Cent, calling him a ‘power bottom’ and questioning why he has fans.

“I really don’t see why people like 50 Cent aka #PowerBottom. He hates on any black man or woman having success… he hates on Diddy, on Jay, on Empire. C’mob how you beefing with Taraji???” he wrote.

I really don’t see why ppl like @50cent aka #Powerbottom 🤣 he hates on any black man or woman having success… he hates on Diddy on Jay on Empire cmon how you beefing with Taraji??? #ticklebooty #bitchassnigga

50 Cent has not yet responded to the homophobic comments.

Earlier this week, Migos rapper Offset faced accusations of bigotry during his guest spot on YFN Lucci’s new track Boss Life, where he remarked: “I cannot vibe with queers.”

Understandably, the lyric left many fans unhappy, while British singer-songwriter MNEK took to social media to slam Offset’s careless words, pointing out the hypocrisy of him being homophobic when most of his designer clothes are made by gay men.

“Offset saying he doesn’t vibe with queers while constantly wearing and PARADING clothes by gay designers is the REAL gag,” he wrote. “All I’m saying is if you’re a homophobe say it with your chest.

“So Offset, no more Versace, Tom Ford. YSL? Don’t know what that is. Marc Jacobs? Who’s that? Your new attire shall be Sports Directs’ finest – seeing as you don’t vibe with the designers above!”

Offset later issued an apology to anyone offended by the lyric, claiming that he intended the word queer to mean “strange or odd” and not in a homophobic sense.

“I have said before that I got love for all people,” he wrote on Instagram. “My passion for fashion has lead me to a lot of gay people around me who I have mad respect for and we are very cool so I’m not in a place where I’m hating like that.”